Are you sure you want to log out of your account? If you do want to logout, please click "Logout".
Logout
CT Department of Labor
×
BACK 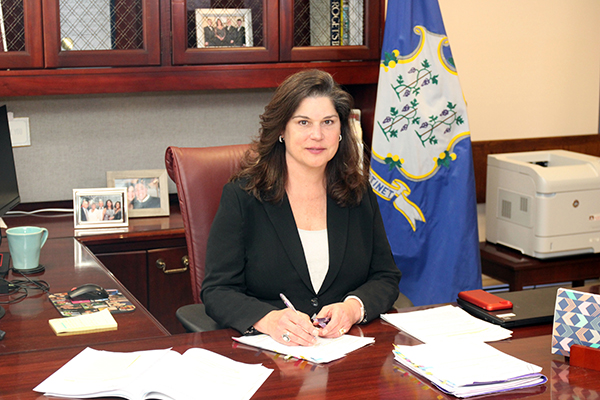 Since joining the Department of Labor, Commissioner Bartolomeo has been integrally involved in programs and services throughout the agency. As the deputy commissioner, Bartolomeo worked to expand the agency’s approach to workforce policy to incorporate the Whole Family Approach, a progression of the Two Generations (2Gen) employment initiatives. When the global pandemic hit, Bartolomeo switched gears to oversee multiple pandemic programs that were vital to Connecticut residents who lost their jobs — including establishing the agency’s new Consumer Contact Center and transitioning the American Job Centers to providing virtual services to customers.

Under Bartolomeo’s leadership, the Department has continued pandemic recovery work with an added focus on labor force development in high-demand industries such as healthcare. The CT DOL Registered Apprenticeship program will bring 1,250 patient care technicians into the healthcare field over the next four years. These apprentices join thousands already in Registered Apprenticeships across 60 occupations. CT DOL also continues to coordinate other job matching events like the Veterans and Diversity Hiring Expo held in partnership with Connecticut’s soccer team, Hartford Athletic.

Prior to her service at the CT Department of Labor, Bartolomeo served two terms as the state senator for the 13th senatorial district representing Cheshire, Meriden, Middlefield, Middletown, and Rockfall. Her portfolio included children’s safety, access to healthcare, and education—primary school through career training. She also served on the Meriden City Council.

Bartolomeo, 53, is a proud lifelong resident of the state. Raised in Wallingford, she attended Colby College before settling in Meriden with her husband, Doug, and sons, Cameron and Riley, and their dog, Diego.