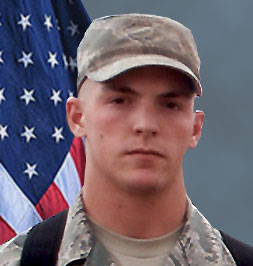 Air Force Staff Sergeant Todd J. Lobraico Jr., November 23, 1990 – September 5, 2013, was killed in action by small arms fire near Bagram Airfield in Afghanistan. He was serving with the 105th Security Forces Squadron out of Stewart Air National Guard Base in Newburgh, New York. Prior to this deployment, he had also served with the U.S. Air Force from 2010 until 2011 at Balad Air Base in Iraq.
Lobraico was posthumously awarded the Bronze Star for his bravery in preventing an ambush on his own squad near Bagram Airfield, his actions were ensured the survival of his squad.