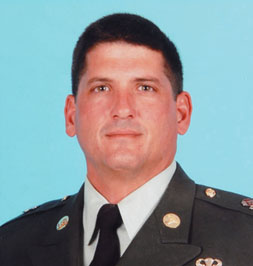 U.S. Army Staff Sergeant Ronald Spino, 45, was killed by insurgent fire while he and several soldiers were unloading medical supplies in Afghanistan. Spino joined the Army at the age of 29 as a medic before training as a combat nurse and paratrooper. He served with the 274th Forward Surgical Team (Airborne), 44th Medical Command out of Fort Bragg, N.C., parachuting into combat areas to treat wounded soldiers.