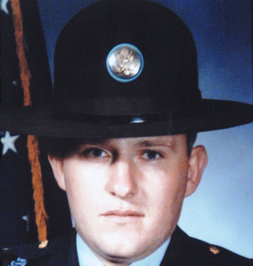 Those who served under Sgt. Major Albert remember him as a “soldier’s soldier” with a long career of military experience all over the globe and unmatched strength and bravery that was fully displayed on the day he died.

His family recalls him as a “quiet, gentle soul” who loved to fish and hunt and enjoyed nothing more than the large family gatherings that took place whenever he was home on leave.
Albert had joined the Army when he was 18 and was getting ready to retire when the terrorist attacks on Sept. 11, 2001 occurred, prompting him to reenlist.
Assigned to the 2nd Battalion, 87th Infantry Regiment, 10th Mountain Division, he was leading a combat operation when the transport helicopter in which he was riding crashed on Nov. 23, 2003. Although injured himself, Albert made several trips back and forth from the burning helicopter to carry other soldiers to safety.
He was killed when the helicopter’s fuel tank exploded as he tried to extricate a soldier who was tangled in the wreckage. He was posthumously awarded the Bronze Star for his lifesaving actions.
In his last final letter to his brother, Albert had said he was going on a mission and that if they didn't see each other, he'd be having lunch with their deceased father and Elvis Presley.
“He is greatly missed by us all and we shall never forget him,” said his sister, Jocelynn. “We cherish the wonderful memories we have of him and he will be forever in our hearts.”