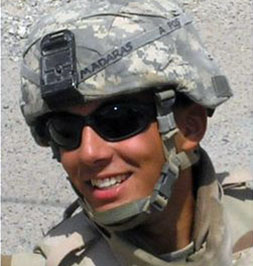 Madaras died of injuries sustained when an improvised explosive device detonated near his patrol during combat operations in Baqubah. Madaras' patrol was attacked as it carried three wounded soldiers from another unit to the hospital from an earlier attack in Baghdad. Two IEDs exploded within Madaras' convoy line. Madaras maneuvered his Humvee into position behind another vehicle to protect the convoy. As he stepped out of his vehicle, a third IED exploded next to him, striking him with shrapnel.