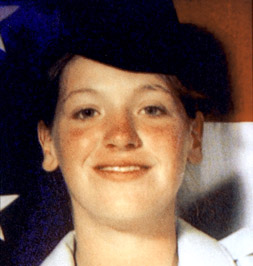 Army Private First Class Melissa J. Hobart October 25, 1981 - June 6, 2004. Hobart grew up in East Haven, Connecticut and attended nursing school at Trident Tech for a year and a half before joining the Army in 2003. The 22-year-old, based out of Fort Hood, Texas, collapsed while on guard duty with Company E, 215th Forward Support Battalion, 1st Cavalry Division, and died on June 6, 2004 in Baghdad. She leaves behind a three-year-old daughter, Alexis, her mother, Constance Hobart, and her brother Gary Hobart.