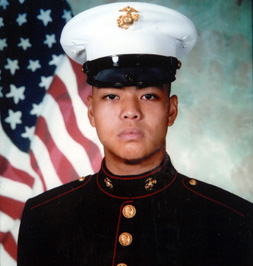 Cpl. Chanawongse became an American citizen after coming to the United States from Thailand at the age of nine, and dreamed of serving his adopted country as a Marine.

He was known to his friends as ``Chuckles'' for his good-natured bantering and wisecracking. A 1999 graduate of Waterford High School, Chanawongse’s enlistment in the Marines followed a family tradition of military service.

His grandfather, who lived with the family in Waterford, was a group commander in the Royal Thai Air Force, and attended Chanawongse’s burial at Arlington National Cemetery in his white military dress uniform.

Chanawongse was running to retrieve ammunition while helping secure a bridge near Nasiriyah on March 23, 2003 when he was killed by an enemy bullet.

His mother and stepfather, Tan and Paul Patchem, received a final letter from their son the same day they learned he was missing.

“'We're doing what Marines do best,” he wrote. “Making the best out of the worst.”