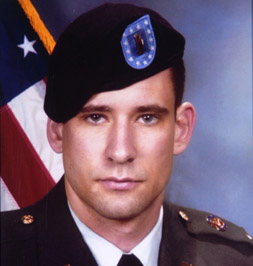 First Lieutenant Heidtman, September 2, 1982- May 28, 2007, was a 2001 graduate of the Norwich Free Academy where he excelled both academically and athletically. After high school, he attended the University of Connecticut in Storrs, where he graduated in 2005 with honors, receiving a Bachelor of Science degree in resource economics. While attending the university, Keith was a cadet in the Department of the Army Reserve Officer Training Corps and, upon graduation, earned the title of Distinguished Military Graduate in recognition of his outstanding qualities of leadership, high moral character, academic achievement, and exceptional aptitude for military service. Keith was then selected to attend the U.S. Army Aviation Warfighting Center in Fort Rucker, Alabama, where he began his military service as an aviator.

On August 2006, Heidtman was assigned to the 2nd Squadron, 6th Cavalry Regiment at Schofield Barracks in Hawaii. In December 2006, he was deployed to Iraq, where he served until his helicopter crashed in the Diyala province.

He is survived by his father, Kerry, and mother Maureen Robidoux. Heidtman was posthumously awarded the Bronze Star and Purple Heart.