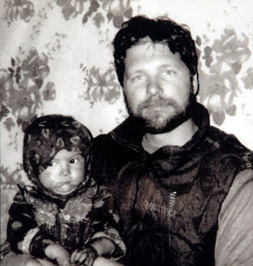 Tech. Sgt. Chapman, the first Connecticut military member killed in combat after Sept. 11, 2001, was both a gentleman and a fierce competitor.

At Windsor Locks High School, he was a state soccer champion and a record-setting diver. He joined the Air Force in 1985 and at the time of his death was a special operations combat air controller, responsible for calling in air support for ground troops.

On March 4, 2002, he and his team were on a mission in northeastern Afghanistan when their Chinook helicopter was hit by a rocket-propelled grenade and was forced to crash land high in the mountains.

Searching for Navy SEAL Neil Roberts, who had fallen out of the helicopter and later died by gunfire, Chapman killed two enemies and then came upon a dug-in machine gun nest.

As Taliban and Al Qaeda insurgents fired on the rescue team from three sides, Chapman approached the nest in knee-deep snow and fired at close range until multiple gunshots took his life.

He was among eight U.S. Forces who died in the firefight on the mountain of Takur Ghar, also known as The Battle of Roberts Ridge. Credited with saving the lives of the rest of his team, Chapman earned the Air Force Cross, second only to the Medal of Honor as an award for valor.

His photograph on the Wall of Honor shows him holding a young Afghani girl in a tent where he had allowed women and children to take shelter during a blizzard in the winter of 2002, not long before he died.