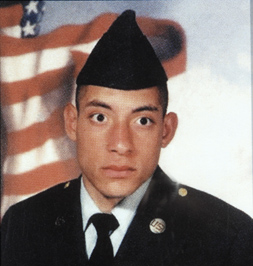 Adopted from Honduras as an abandoned infant, Pfc. Braun dreamed of one day going back to his native country to build an orphanage and children’s school.
The cheerful and athletic 82nd Airborne Division paratrooper was deployed in Iraq when he contacted an international children’s organization that is now helping the Jeff Braun Children’s Home become a reality. After years of fundraising, the first residential cottages are being built on a 20-acre site on the Caribbean coast in North Honduras that his family has visited.
Pfc. Braun, who loved soccer, track and field and wrestling, hoped to become a physical education teacher but postponed college to join the Army. He became a paratrooper as a challenge to himself to overcome his fear of heights.
“He really liked to test his limits and he wanted to see what he could do,” said his mother, Meredith Braun. “The first time he jumped out, he was thrilled with himself for being able to do that.”
Braun’s family only learned of his plans for the Honduras orphanage while going through his e-mails after his death in a non-hostile incident in Baghdad on Dec. 12, 2003.
"He felt he got a break that a lot don't get,” said his father, William Braun. “He wanted to repay the country that had adopted him and repay the country that had given him birth.''