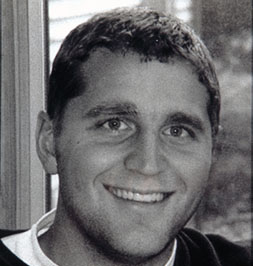 Petty Officer Lewis was full of energy and loved rock climbing, bicycling, fly fishing and many other outdoor sports. He had dreamed of being a Navy SEAL since he was in high school.

"He had an incredible personality that would light up a room,” said his mother, Jean Mariano. "He was never going to be a 9 to 5 guy. I couldn't be prouder of the way he turned out. He had the right stuff."

Lewis attended the University of Maryland and was assigned to a SEAL team based in Norfolk, Virginia.

He and two other sailors were killed on July 6, 2007 when a homemade explosive device blew up beneath their Humvee in Baghdad.