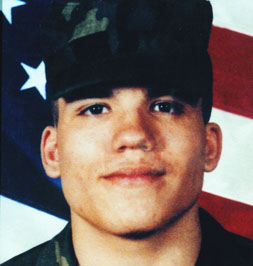 Martir-Gutierrez was killed when his patrol came under small arms fire in Sadr City, Iraq. He served with Alpha Troop, 2nd  Battalion, 5th  Cavalry Regiment, 1st  Cavalry Division, based in Fort Hood, Texas. The division had seen heavy fighting since being sent to Iraq in March and had been scheduled to return in March 2005. At his funeral, Martir-Gutierrez was awarded the Purple Heart and a Bronze Star for meritorious service.