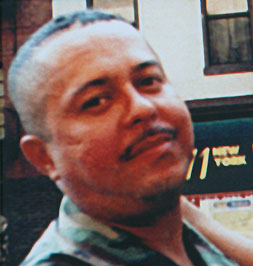 Army Staff Sergeant Henry Irizarry, June 5, 1966 - December 3, 2004, was killed when an improvised explosive device detonated near his Humvee while he was patrolling Taji, Iraq.
Born in Puerto Rico, Irizarry moved to Waterbury with his wife Jessica and their children in 1997.
Irizarry was assigned to the 1st Battalion, 69th Infantry Regiment, of New York which did reconnaissance and information gathering.