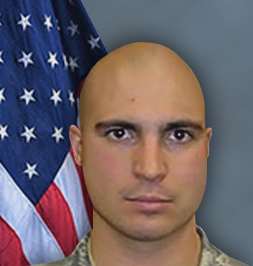 He graduated from Connecticut’s Plainfield High School in 2002 and joined the Army in March 2005. Previously, he was stationed in Friedberg, Germany, attached to the 1/36th  Infantry, 1st Brigade, 1st Armored Division. He deployed to Iraq during Operation Iraqi Freedom.

He is survived by his wife Danielle and their daughter Victoria; his parents; sister, and a large extended family.