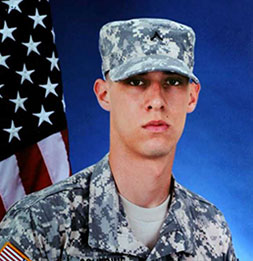 Soufrine, an artillery vehicle gunner, graduated in 2009 from Amity Regional High School, and joined the Army in May 2010. He served with the 4th Battalion, 42nd Field Artillery Regiment, 1st Brigade Combat Team, 4th Infantry Division, based out of Fort Carson, Colorado.

He is survived by his mother and father, Donna and Michael; older sister Rebecca, and two brothers.