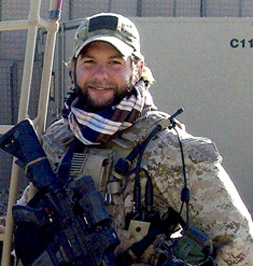 In his 31 years, Brian R. Bill had climbed some of the world’s highest mountains, became an electrical engineer, a pilot and a skydiver and was a member of the elite Navy SEAL special forces unit considered to be the toughest warriors in the world.

He was a marathon runner, an ice hockey standout and an Eagle Scout who taught himself Russian and French and how to play the piano and guitar.

But even with all those accomplishments at a young age, Brian still had not reached his seemingly limitless potential. He wanted to return to graduate school, and to summit the seven biggest mountains on the planet. He wanted to be an astronaut – and no one doubted that he would.

“We mourn his life of unfulfilled dreams,” his parents, Pat and Michael Parry, and brother Scott said in a tribute after his death in a helicopter crash in Afghanistan in 2011.  “Brian was a remarkably gifted, thoughtful, and compassionate young man. We are incredibly proud of him. He loved life, he loved a challenge, and he was passionate about being a SEAL.”

Brian graduated from Trinity Catholic High School in Stamford in 1997, and enrolled at Norwich University in Vermont, where he joined a Mountain Cold Weather Rescue unit  and excelled on the swim team. In 2001, he joined the Navy to pursue his dream of being a SEAL, which led to him being deployed around the globe in the war against terrorism.

On Aug. 6, 2001, Brian and other SEALS and Army soldiers were on a daring nighttime mission in Wardak Province, Afghanistan, when the Chinook helicopter they were flying was shot down by enemy fire, killing all on board.

Among his many combat awards are four Bronze Star Medals with Valor, including one for extraordinary heroism.