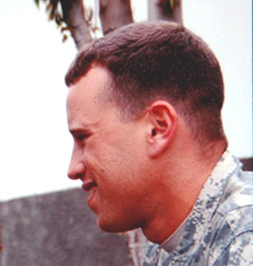 U.S. Army Captain Benjamin Sklaver, 32, died October 2, 2009 in an ambush in Muscheh, Afghanistan. A member of the U.S. Army Reserve, Sklaver was on patrol with the 422nd Civil Affairs Battalion, 3rd Infantry Division. This was his second deployment-he served in Uganda in the military's Combined Joint Task Force Horn of Africa in 2006-2007.

Sklaver graduated from Hamden High School, Tufts University, and had a master’s degree from the Fletcher School of Law and Diplomacy. He had worked for the Centers for Disease Control and Prevention as an international emergency and refugee health analyst and had just taken a job with the Federal Emergency Management Agency before his deployment. Sklaver was also the director and founder of ClearWater Initiative; a New Haven-based nonprofit that ensured clean drinking water systems in areas experiencing humanitarian emergencies.