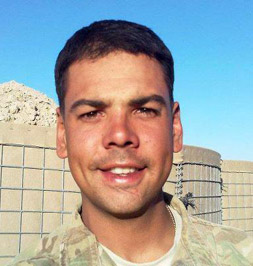 He was born in New London on March 30, 1983 and enlisted in the Army after graduating from Waterford High School in 2001. He was assigned to 3rd Brigade Special Troops Battalion, 3rd Brigade Combat Team, 10th Mountain Division out of Fort Drum, N.Y.

He is survived by his mother, Robin E. Cornele; his stepfather, Tim Forsyth; brother, Jacob, and a large extended family.