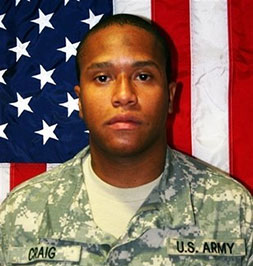 Craig leaves behind his daughter, mother, and five siblings.