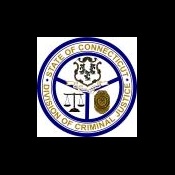 Statement on the Death of Jallen Jones

Stephen J. Sedensky III, State’s Attorney for the Judicial District of Danbury, issued the following statement with regard to the investigation into the March 25, 2018, death of Jallen Jones at Garner Correctional Institution:

On March 25, 2018, 31-year-old Jallen Jones was an inmate at Garner Correctional Institution in Newtown.  Mr. Jones had been having mental health difficulties and was described as decompensating. In the process of moving Mr. Jones to a medical unit a personal search was required. Mr. Jones struggled with the officers and physical force was applied to Mr. Jones including the application of mace in an attempt to subdue him. Medical services were requested and medication was administered in an attempt to calm Mr. Jones.  Sometime after the medication was administered, Mr. Jones became unresponsive.  Emergency medical services were called and Mr. Jones was transported to Danbury Hospital where he was pronounced dead.

An autopsy was conducted at the Office of the Chief Medical Examiner and Mr. Jones’s death was ruled a homicide.

Upon reviewing the Western District Major Crime Squad investigation, including the reports, statements, photographs and the video recording of the incident itself, I have determined that the circumstances of the Mr. Jones’ death are not criminal in nature. Accordingly, the criminal investigation into this matter is closed. We express our sincere condolences to the family of Mr. Jones on their loss.