“Asbestos” is a word that describes six fibrous minerals that are regulated due to the hazards associated with breathing in fibers when they are released into the environment. The six (6) regulated asbestos minerals are classified as either serpentine or amphibole minerals. Chrysotile is the only serpentine mineral. Chrysotile is a curvy shaped mineral fiber that accounts for at least 70% of all products that are asbestos containing.

The remaining five (5) are amphiboles, which appear as rod-like mineral fibers. They are crocidolite (riebeckite), amosite  (cummingtonite-grunerite), anthophyllite, tremolite, and actinolite. Each of these fiber types has a distinctive fiber shape (morphology) and crystal habit, or manner in how it is formed. Various other minerals are shaped like asbestos ("asbestiform")

but are not included in the regulated six (6); some of these are wollastonite, erionite, winchite and richterite. Erionite is known to cause cancer.

Manufacturing of products containing asbestos in the last century accounts for most of the ACM in today's buildings. Prior to the asbestos industry's acknowledgment that asbestos posed a danger to human health, asbestos was mined for use in over 3,000 products, due to its versatility and wide ranging properties such as resistance to fire and heat, chemical corrosion, flexibility and high tensile strength.


Today in the US, asbestos is primarily used by the chlor-alkali industry to make semi-permeable diaphragms used in electrolytic cells that allow the separation of sodium hydroxide and chlorine for further processing. Other primary uses of asbestos are in brake blocks, and brake discs. However, since chrysotile asbestos is not banned, products containing asbestos may be imported with no labeling that the products contain asbestos.

The Rotterdam Convention, a United Nations treaty, added amphibole asbestos as a hazardous material which requires labeling, but several countries have voted against the inclusion of chrysotile to this list. The World Health Organization (WHO) called for a global campaign to end asbestos-related diseases and since 2007 has continued to work on this campaign. According to an article cited on PubMed from the "International Journal of Environmental Research and Public Health", 255,000 people die each year globally from occupational exposure to airborne fibers. Global Asbestos Disaster - PubMed (nih.gov)

Where is asbestos found?

Asbestos is naturally occurring in some soils and rocks and was mined specifically for use in building and manufactured products. Information obtained from a document posted on the United States Geological Services (USGS) for the eastern US details a total of three hundred thirty-one (331) sites where naturally occurring asbestos of various amounts and types have been documented. To view additional US maps and other geological information on asbestos, see Science Explorer (usgs.gov)

Asbestos is no longer mined in the US or Canada, but active mines exist in Russia, Kazakhstan, China and India. Brazil enacted a law banning asbestos in 2017, but market reports still show that the material is exported. The USGS website informs the public of natural resources including asbestos use. The USGS tracks all mineral industry trends and statistics since 1994 on its website. Asbestos use has significantly declined in this century. The latest report indicates that the US imported 100 million tons of asbestos and that 100 percent of that was used by the Chlor- Alkali industry.

Many homes and facilities contain some type of asbestos-containing material (ACM). An ACM is any material that contains 1% or more asbestos by weight. ACMs are either friable (easily crushed) or non-friable (such as cement).

Some examples of ACM building products in the home, office or in any other facility include the following:

What does it look like? How do I know if its asbestos? 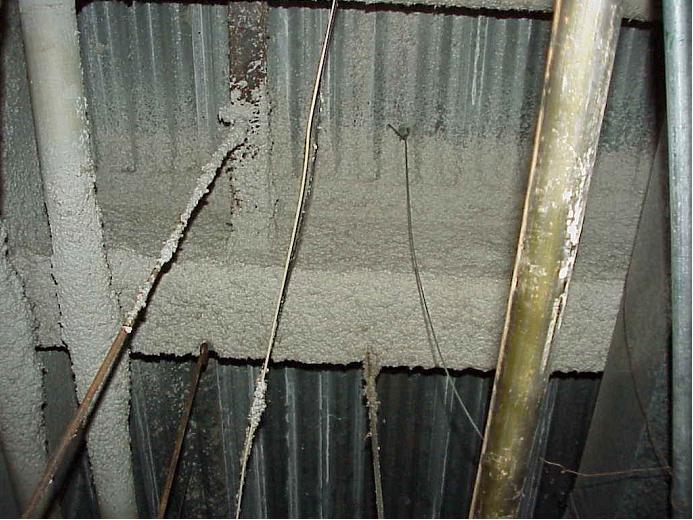 You can’t tell if a product is an ACM by looking at it!

Asbestos can only be verified by laboratory analysis. See Environmental Laboratory Certification  for a list of instate and out of state approved laboratories. If you think ACM is present and preparations are underway for remodeling or demolition, DPH recommends having the home inspected by a CT licensed Asbestos Inspector or Inspector/Management Planner to identify suspect  ACM. Otherwise, it is best to leave the material in place and avoid disturbing it. The best response for ACM in good condition is to LEAVE IT ALONE!

The handling and disturbance of ACM is subject to various state and federal regulations. The Connecticut Public Health Code details requirements for licensing of asbestos abatement contractors and consultants, consultant activities, abatement work practices, and criteria for determining when asbestos abatement has been properly completed.

Is asbestos still in use in the United States?

ACM are still knowingly and unknowingly imported into the US and can be found in new and existing buildings. EPA and the Consumer Product Safety Commission (CPSC) have partially banned certain uses of asbestos. For more information on the products no longer manufactured see EPA Asbestos Ban and Phase Out Federal Register.

The EPA published a “Significant New Use Rule” which requires manufacturers to submit proposed “new uses” to EPA before marketing. EPA believes that 100 percent of the raw asbestos imported is used by the chlor-alkali industry. The EPA does not have enough information to determine if products manufactured overseas and imported contain asbestos. The second part of the risk assessment aims to address this knowledge void.

Exposure to asbestos alone is not the single determining factor as to whether or not an individual will contract an asbestos-related illness or disease.  According to the Agency for Toxic Substances Disease Registry (ATSDR) factors which must be considered include: the dose (how much), the duration (how long), the fiber type (mineral form and size distribution), and how you come in contact with it. You must also consider the other chemicals you’re exposed to and your age, sex, diet, family traits, (including whether you smoke tobacco), and overall state of health.

Most of the data related to health effects from asbestos exposure are based on studies of asbestos workers in work environments known to be well above the typical back ground air. Indications from these studies are that lung  scarring from repeated exposure, or asbestosis, often resulted from this type of environmental work exposure. Workers may be at greater risk of contracting lung cancer, particularly if they smoke. The risk from combining asbestos exposure with smoking is multiplied from 54 to 99 times.

Asbestos primarily affects the respiratory system and the main route of entry is through the breath. Breathing asbestos fibers may cause:

Mesothelioma is often diagnosed 10 to 50 year after initial exposure. Mesothelioma is the most deadly form of asbestos cancer, and affects the mesothelial cells (cells that make up the membrane that line the pleural cavity, abdominal cavity, and heart sac,) or those which line either the chest or abdomen. The pleural cavity is the body cavity that encases your lungs. Diseases that affect this cavity are often called pleural diseases. Pleural diseases can be malignant (cancer causing) or nonmalignant. Pleural mesothelioma is when the cells of the chest wall are damaged. Peritoneal mesothelioma, cancer in the abdomen, is another form of mesothelioma thought to be caused by coughing up and swallowing asbestos fibers. The nonmalignant pleural diseases caused by asbestos exposure are pleural plaques, pleural thickening and pleural effusion. More on these diseases can be found at the National Institutes of Health website.

For more on the toxicological profile for asbestos from the Center for Disease Control ATSDR see Agency for Toxic Substances and Disease Registry  Search the Toxics Substances Portal for Asbestos.