Northern Pike can also be found at the following locations where they are either self-sustaining or stocked by private organizations:

The Fisheries Division also stocks the Connecticut River with Northern Pike fingerlings to supplement the self-sustaining population there. Below is fisheries biologist Chris McDowell with one of the Northern Pike that will be used for spawning in 2020. 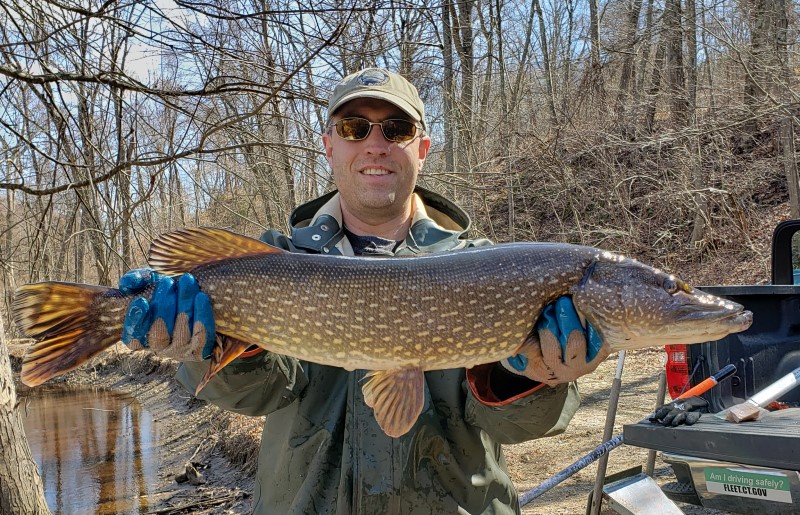