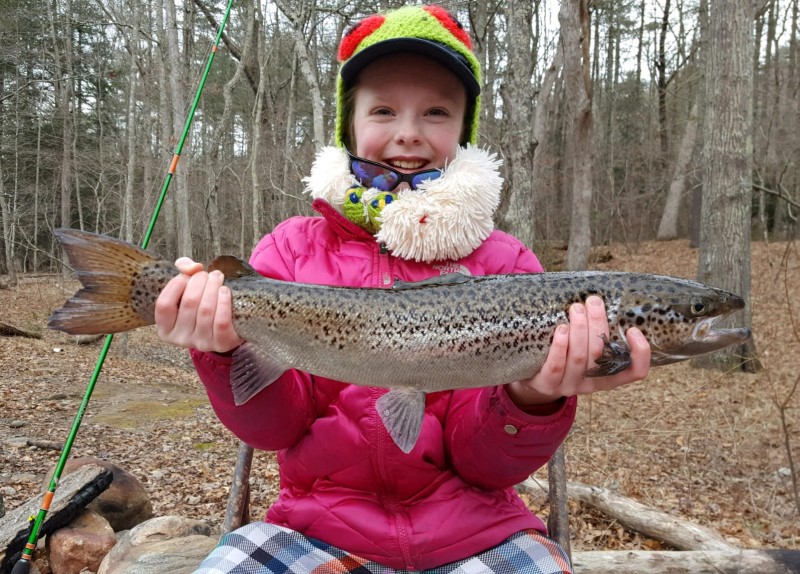 To support the unique Atlantic salmon recreational fishery that has been established in the state, the Fisheries Division is specifically producing about 1,000-1,200, 2-3 year old fish (average weight of 2-5 pounds) annually. These fish are stocked before they ever produce eggs. An additional 200-250 large (average weight of 10-15 pounds) broodstock Atlantic salmon are stocked for recreational fishing after being spawned.

The regulations in Atlantic Salmon Management Areas are complex with specific gear restrictions, catch and release season, and harvest limits depending upon the date. The best way to stay up to date is to check the Fishing Guide.

Mount Tom Pond (Litchfield) and Crystal Lake (Ellington) are stocked each fall at various times, starting September. Seasons and methods for Atlantic salmon fishing in lakes are same as for trout in that waterbody, except that the daily creel limit is 1 salmon per day.

The Atlantic salmon is an anadromous fish that, for thousands of years, flourished in large rivers of Connecticut and up the New England coast and Canada. Pollution, unregulated overfishing, and dams built during the Industrial Revolution of the 1800s blocked upstream migration to spawning habitat caused the Atlantic salmon to disappear from Connecticut waters. Leaders of the time realized action was needed to restore, manage, and conserve our natural resources. In 1866, the Connecticut State Legislature took action and created the Fisheries Commission (the origin of the current Department of Energy and Environmental Protection) who was tasked with restoring runs of Atlantic salmon, manage American shad, and restocking game fish to inland waters. Read more about the early Atlantic salmon history and management in this article in Connecticut Wildlife Magazine. 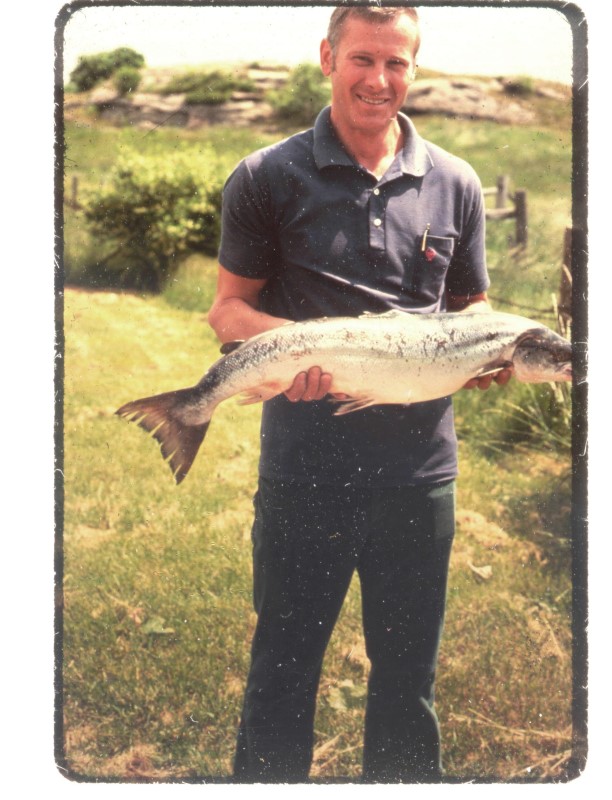 In 1967, a century after the initiation of the first restoration efforts, a second restoration program was initiated to restore the Atlantic salmon by the four Connecticut River states (CT, VT, MA, NH) and the federal government. Tens of millions of fry (1-2 inch fish) and smolts (6-inch young salmon ready to migrate to sea) were stocked annually into streams in all four states.

The Connecticut River Atlantic Salmon Commission (CRASC) was established by Congress in 1983, and reauthorized in 2002 for another 20 years through the Connecticut River Atlantic Salmon Compact (Public Law 98-138). Ten Commissioners, representing four State agencies, the public and two Federal agencies, evaluate methods and provide guidance on restoring migratory fish species in the Connecticut River and its tributaries.The return rates of adult salmon varied from year to year, hundreds on some years and only dozens in others. After 1993, returns of adult Atlantic salmon become fewer and fewer. In 2011, Tropical Storm Irene caused historic flooding in VT and extreme damage to the federal salmon hatchery in Bethel, VT. Budget cuts, millions of dollars needed for hatchery repair, and decreasing returns of adult salmon prompted the U.S. Fish and Wildlife service to withdraw the program.

Recently, capture of returning Atlantic salmon has ended at the Rainbow Dam Fishway. This means any returning adults have free passage up the fishway and into the Farmington River watershed. The first year following free access, redds (spawning nests) were observed in key spawning habitat. While exciting to see that nature never gives up, it is in no way possible for this level of spawning to restore and support a population once again. CT DEEP's Atlantic salmon expert Steve Gephard provides a concise summary in Connecticut Wildlife Magazine.