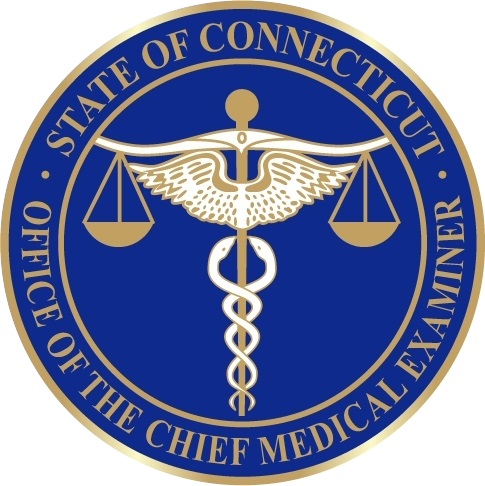 “Show me the manner in which a nation cares for its dead and I will measure with mathematical exactness the tender mercies of its people, their respect for the laws of the land, and their loyalty to high ideals.”     -Sir William Ewart Gladstone

To provide accurate certification of the cause of death and to identify, document and interpret relevant forensic scientific information for use in criminal and civil legal proceedings necessary in the investigation of violent, suspicious and sudden unexpected deaths, by properly trained physicians.  Providing such information may prevent unnecessary litigation, protect those who may have been falsely accused, and lead to proper adjudication in criminal matters.

Medicolegal investigations also protect the public health: by diagnosing previously unsuspected contagious disease; by identifying hazardous environmental conditions in the workplace, in the home, and elsewhere; by identifying trends such as changes in numbers of homicides, traffic fatalities, and drug and alcohol related deaths; and by identifying new types and forms of drugs appearing in the state, or existing drugs/substances becoming new subjects of abuse.

The Office of the Chief Medical Examiner is an independent State agency responsible for the investigation of sudden, unexpected, or violent deaths in the State of Connecticut.

The Office of the Chief Medical Examiner is the sole occupant of a 30,000 sq. ft. mortuary, laboratory and administrative facility located on the campus of the University of Connecticut Health Center (UCONN Health) in Farmington, Connecticut.

The facility was opened in 1987 and since that time all autopsy functions have occurred in this facility. Between its opening in 1970 and 1987, the office had temporary quarters in a variety of places and some of the laboratory and autopsy work was contracted to other agencies or hospitals.

The Office also retains the services of 14 full-time, in-house medicolegal death investigators who function as initial investigators and initial contact for the office with local police, hospital and other authorities. The facility conducts death investigations and autopsy services 24 hours a day, 7 days a week, and 365 days a year.

By statute, certain types of deaths are reportable to the Medical Examiner's office. It is then the medical examiner's responsibility to determine whether or not jurisdiction should be assumed and what investigative functions need to be exercised in order to execute the statutory mandate.

Reportable cases include all violent deaths, including but not limited to, death from physical, chemical, thermal or electrical radiation injury, regardless of whether the injury was homicidal, suicidal or accidental in nature. This also includes all drug deaths related to poisoning, drug abuse, or addiction, deaths related to criminal abortion, deaths that constitute a threat to the public health, deaths resulting from employment, and deaths occurring suddenly or unexpectedly not caused by readily recognizable disease and including all deaths on arrival of within 24 hours of admission to the hospital including stillborn infants, all deaths occurring outside of the hospital setting, and all deaths under anesthesia in the operating room, recovering room or resulting from diagnostic or therapeutic procedures. In addition, all deaths in which the body is to be cremated are reported to the Medical Examiner's Office.

All homicides and gunshot victims are examined at the OCME. In addition, the vast majority of motor vehicle fatalities including drivers, passengers, pedestrians, sudden unexplained infant deaths, overdoses, industrial accidents, unexpected deaths, and a variety of other types are subject to autopsy examination. In addition, cases which come under the jurisdiction of the Office for the purpose of death certification and which do not normally require an autopsy will be examined by autopsy upon request of the next of kin.

As an independent state agency, the Office of the Chief Medical Examiner has statutory charge to run its own laboratory facilities, to keep and distribute its records, and to maintain its own administration and facilities management.

There is frequent interaction with other governmental agencies. Municipal and/or state police often develop circumstantial information which is crucial to the direction of the investigation as a whole and to the Office of the Chief Medical Examiner component, in particular. This office provides information and evidential material to the investigative agency which helps to direct further inquiry. Medicolegal information is used in civil and/or criminal litigate proceedings, and the courtroom testimony of forensic pathologists is frequently required.

In addition to the functions directly related to the service caseload of the office, forensic pathologists are actively involved in the education of law enforcement officers, medical and law students, pathology residents, attorneys, EMT's and other interested groups.  The professional staff of the agency is available for pretrial conferences with attorneys from both litigative sides to discuss available forensic, pathologic and other scientific information, in order to correlate the circumstances of the fatality with the postmortem findings.