On this page you will find information about how colorectal cancer affects people in Connecticut. Statistics are shown for the following topics: 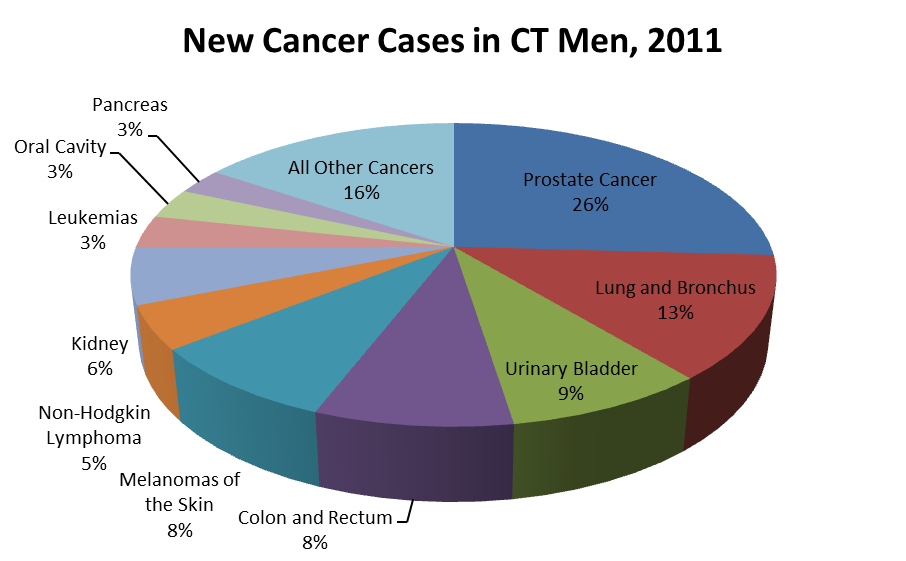 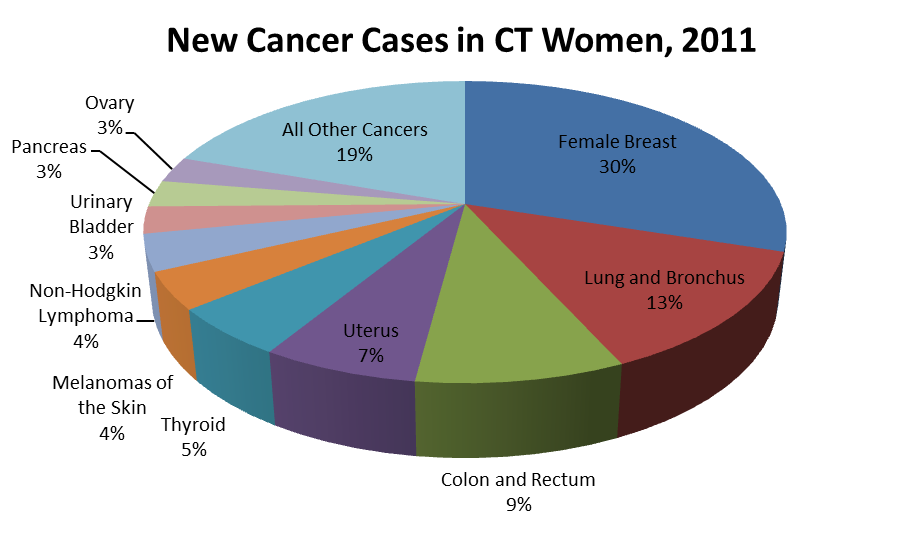 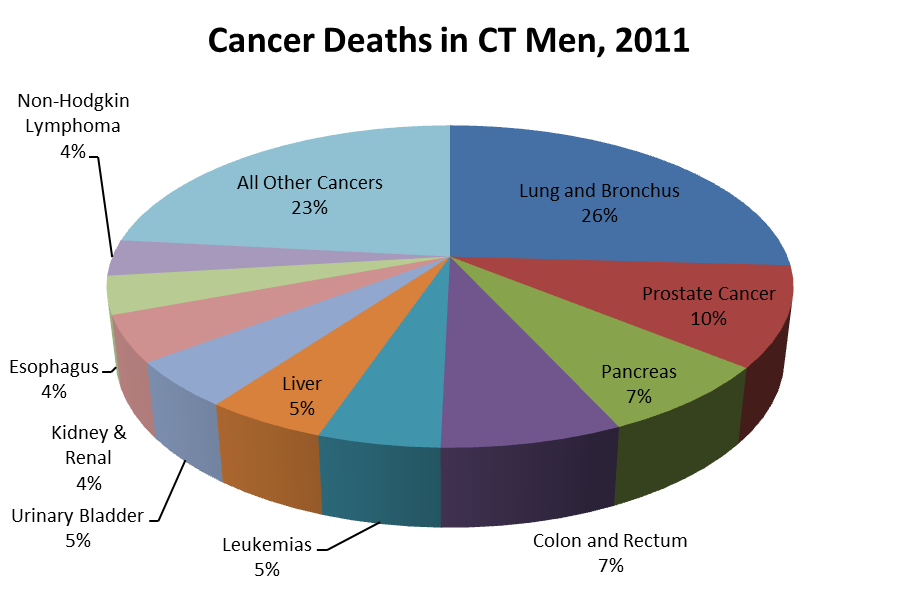 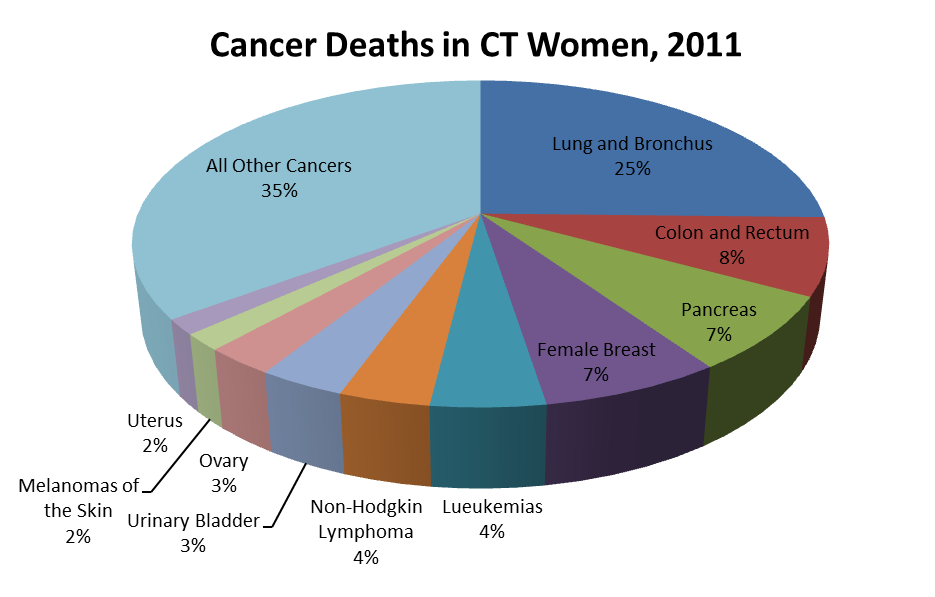 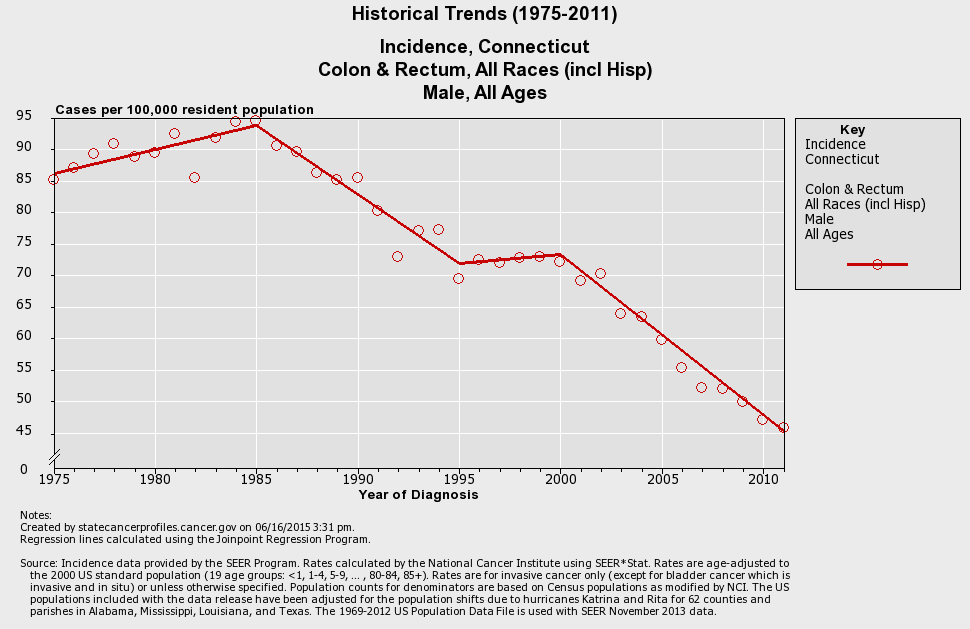 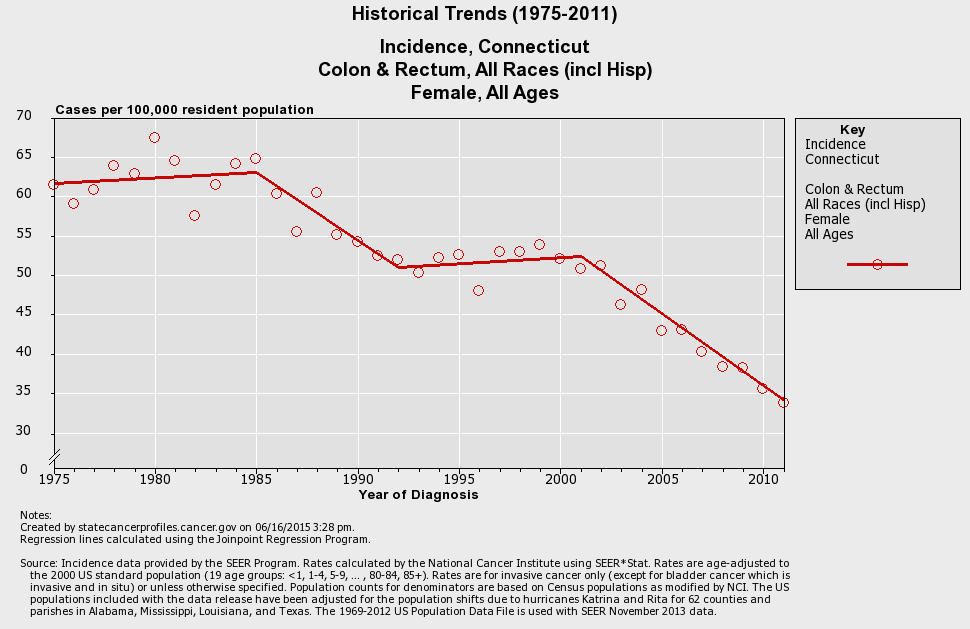 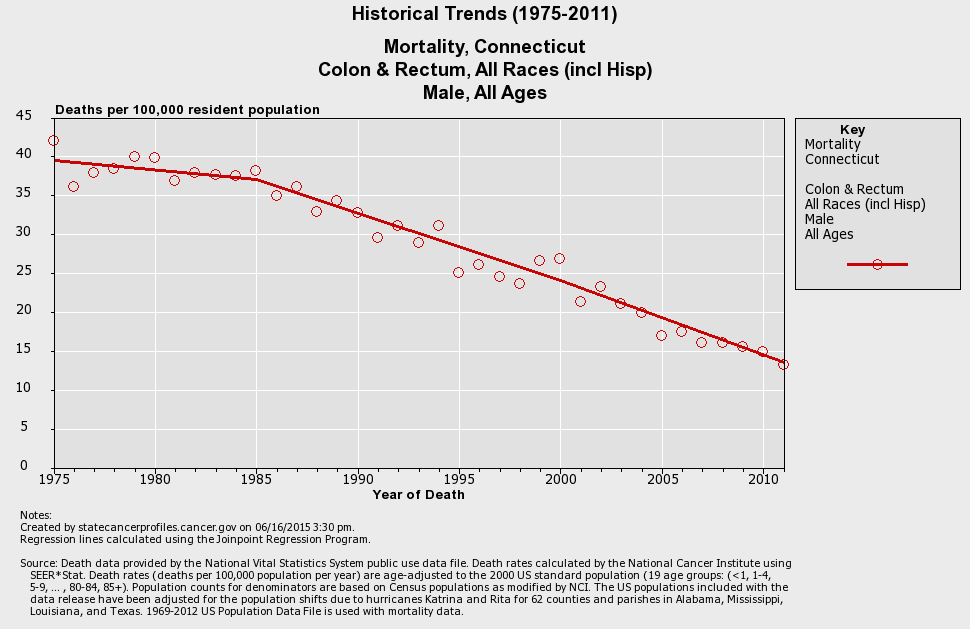 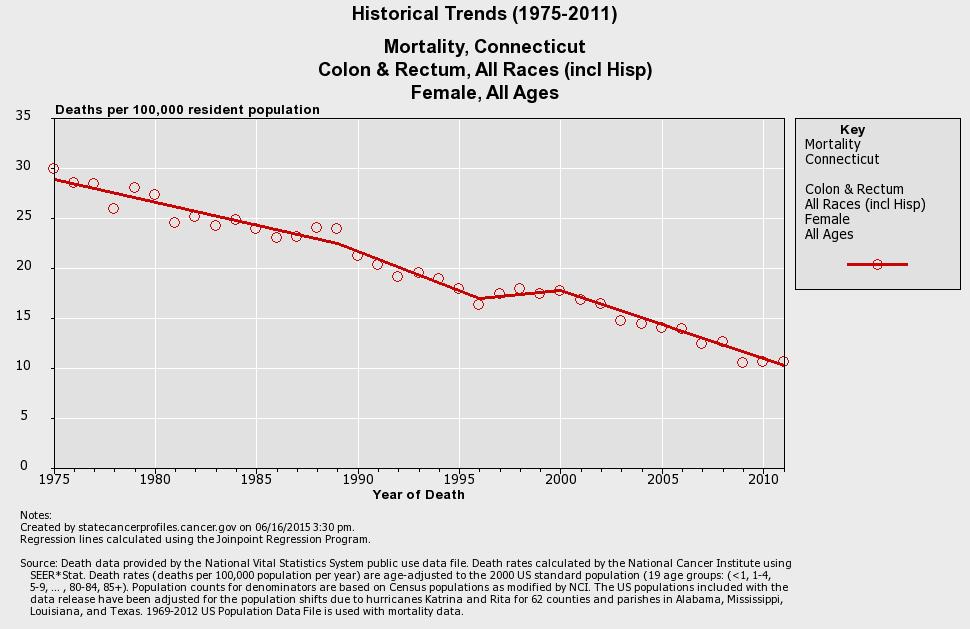 1. Malignant (invasive) cancers are those that have spread (or ‘invaded’) into cells beyond the layer of tissue in which they first developed. When a cancer spreads to a different part of the body, it is called metastatic cancer. In situ cancers are early cancers that have not invaded through the immediate layer of tissue. A benign tumor is histologically (microscopically) non-cancerous and does not spread to other parts of the body.

2. Cancer data for the United States are collected through two federally funded programs: the Surveillance, Epidemiology and End Results (SEER) program of the National Cancer Institute and the National Program of Cancer Registries (NPCR) of the Centers for Disease Control and Prevention.  The SEER program was established in 1973 to provide an authoritative source of information on cancer incidence and survival in the United States and currently covers approximately 26% of the United States population. The NPCR was set up in 1992 to extend cancer data coverage to the remainder of the United States population, and to assist non-SEER registries in gathering complete and high quality data. For the period 2000-2004, 39 registries achieved sufficiently high data quality for inclusion in national cancer incidence figures. See http://www.cancer-rates.info/naaccr for further details.

Connecticut Tumor Registry is one of the original SEER registries and is the oldest tumor registry in the United States.

3. Rates of new cancer cases or deaths are the numbers of cases or deaths in a given number of men or women (usually 100,000) in a year. Because the risk of cancer increases with age, rates are usually age-adjusted, which allows rates in different groups of people to be compared even when one group has a higher proportion of older people. Except for rates in different age groups, the rates presented here have been age-adjusted.

4. Screening is looking for cancer before a person has any symptoms. This can help find cancer at an early stage when it may be easier to treat. By the time symptoms appear, cancer may have begun to spread. There are several different tests that can be used to screen for colorectal cancers. Click this link for the Colorectal Cancer Facts page for more information on colorectal cancer screening.

5. To monitor cancer rates in different racial and ethnic groups, cancer registries collect information on race and Hispanic ethnicity. Although ethnicity data are required to be reported, they are not always provided. Cancer registries supplement their ethnicity data using a nationally accepted method based on an individual’s names. However, there is potential for some misclassification using this method, particularly in women due to the frequent absence of maiden names in cancer registry databases.

7. The survival rate is a measure of how long people live after diagnosis with cancer. The relative survival rate is defined as the ratio of a cancer patient's chance of surviving a given time interval to that of a person of the same age and sex in the general US population (i.e., the rate has been adjusted for mortality in the general population). The survival rates presented here are for men and women diagnosed in 1996-2000 and followed up to the end of December 2005.