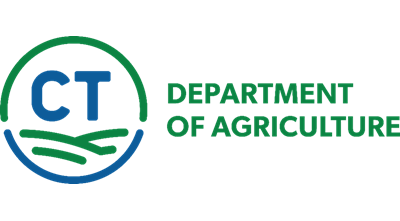 Officials Raise Awareness of the Correlation Between Animal Cruelty, Child Abuse, and Other Forms of Interpersonal Violence

(Newington, CT) - Officials from across the state today discussed the correlation between animal cruelty, child maltreatment and other forms of interpersonal violence.

The event highlighted the prevalence of maltreatment types across our state, the coordinated agency responses for protection, and Connecticut's cross-reporting requirements as outlined in state statute.

"Today we draw attention to children and animals traumatized by harmful acts. They require our collective efforts for protection which can only be accomplished by collaboration, information sharing and process improvement across all state agencies, some things Governor Lamont has made a priority from day one," said Department of Children and Families Commissioner Vannessa Dorantes. “Our work is complex, and we are grateful for the partnership established with the Department of Agriculture and the Office of the Attorney General leading to us to taking critical action on behalf of those most vulnerable in our communities."

“The connection between animal cruelty and child abuse has been well-documented and serves as a reminder of the importance of our cross-reporting requirements between Department of Children and Families and Department of Agriculture on a regular, if not daily, basis,” said Agriculture Commissioner Bryan P. Hurlburt. “The efforts of both social workers and animal control officers are critical in protecting animals and children from further harm and removing them from dangerous situations."

“Cruelty to animals is a heinous crime, and often a serious warning sign of additional abuse—potentially involving children and domestic partners," stated Attorney General William Tong. “Working closely with the Department of Children and Families, the Department of Agriculture, and our community partners, the Office of the Attorney General is prepared to use the full weight of our authority to protect Connecticut families and animals from all forms of cruelty, abuse and neglect.”

“There is no place in a civilized society for abuse and violence of any kind. The barbaric individuals who abuse people and animals must be held accountable for their callous cruelty and inhumanity," stated Senator Richard Blumenthal. "There is a direct link between violence to animals and violence towards humans.  We must end the violence and just as importantly end the cycle of violence which perpetuates these heinous acts generation to generation. I am committed to working on legislation in the Senate that will prevent the abuse of animals, including big cats and primates.”

“Given that the Connecticut Humane Society was founded by a Hartford High School student 141 years ago this month, it’s always so meaningful to see young people work to make a difference in the lives of pets," said James Bias, executive director of the Connecticut Humane Society. "We are grateful to Kid Governor Makhi for bringing awareness to the issue of animal cruelty and its connection to other forms of cruelty, and for showing how anyone at any age can change the life of an animal for the better. CHS looks forward to his visit this week."

"My Kid Governor platform is Protecting Our Pets. It is about stopping animal abuse and showing kindness towards companion animals. I chose this platform because I love animals, especially my dogs Blue and Paco, stated Makhi Ettienne-Modeste Connecticut's 2022 Kid Governor who is a 5th grader at John F. Kennedy School in Windsor. "I know that animal abuse happens every day and it is frustrating that it doesn’t stop. I never want to see a pet or companion animal hurt. So, when my teacher asked me if I wanted to run for Kid Governor and make a difference on an issue, I immediately said 'yes'."

A review of research studies shows:

Members of the public can make a reports of animal cruelty directly to the local Animal Control Department in the town where the concerns have been noted or by calling (860) 713-2506 as well as via e-mail at AGR.AnimalControl@ct.gov. Those wishing to make a report can remain anonymous.

A reasonable suspicion of child maltreatment can be made to the Child Abuse and Neglect Careline by dialing 1-800-842-2288. The Careline is open 24 hours a day, 365 days a year. Callers to the Careline can remain anonymous.

Connecticut Department of Children and Families