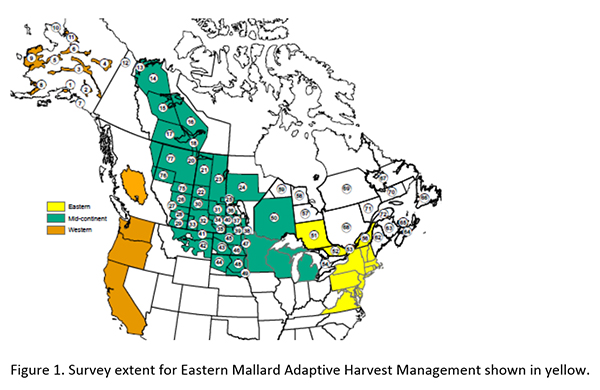 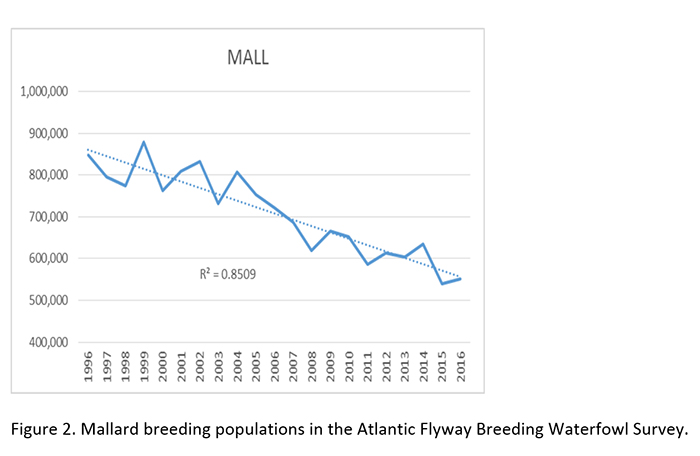 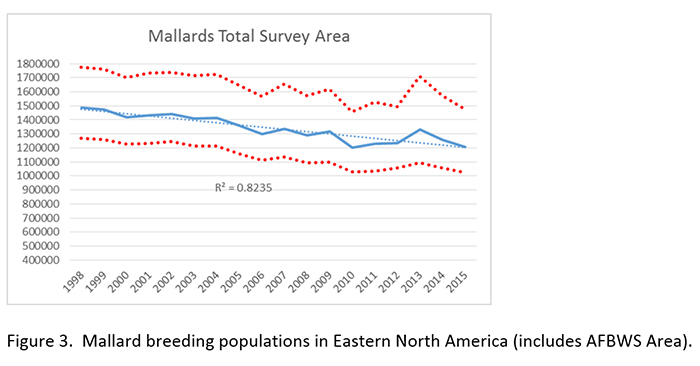 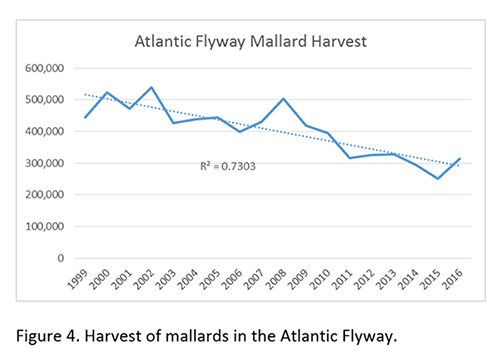 Since 2011, the Atlantic Flyway has been developing a new Adaptive Harvest Management protocol for setting the general duck season that does not rely on the status of mallards. Mallards are not doing well, even though most other species are. It is not reasonable to base the harvest opportunity of all species on just one species, particularly one that does not represent the interests of a large portion of the Atlantic Flyway duck hunters. This new protocol, Multi-stock Adaptive Harvest Management, will be implemented for the 2019-2020 hunting season, using the status of four species to set the general duck season frameworks. These four species – wood duck, ring-necked duck, American green-winged teal, and common goldeneye – are important species for hunters across the Atlantic Flyway, and represent the entirety of habitat types used by ducks within the Flyway. Setting hunting seasons based on species that represent the diversity of breeding and wintering habitats in the Flyway creates a direct link between conservation efforts to protect and enhance habitat and hunting opportunity. 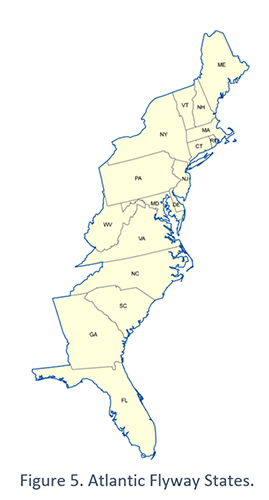 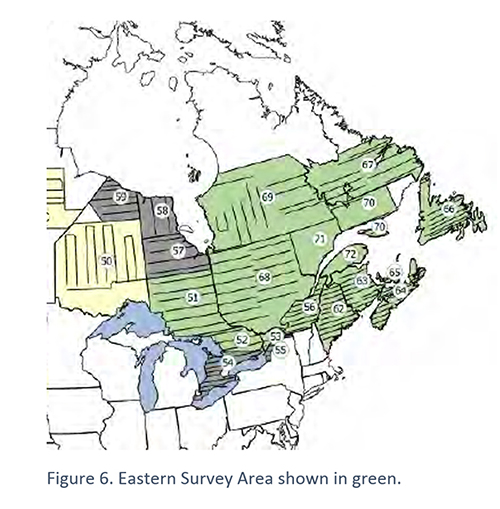 Breeding population estimates for each of the four species are determined through annual surveys. These estimates are used, along with estimates of harvest rate from the previous season, in population models for each species. The models allow biologists to estimate carrying capacity and the status of each population in relation to carrying capacity – this relationship is critical. The management objective is to provide enough habitat on the ground so that populations are abundant and resilient enough to allow for a relatively high annual harvest rate. Understanding the species population level in relation to the amount of available habitat allows biologists to make better decisions each year as to what hunting regulations will most likely achieve the goals.

In the process of developing Multi-stock Adaptive Harvest Management and deciding on the regulatory alternatives to consider (hunting season packages), biologists relied on survey information collected in 2015 via an online duck hunter survey. Data were collected from 12 of the 17 states in the Atlantic Flyway, and responses were received from over 11,600 duck hunters who provided their opinions on season lengths, bag limits, and preferences for each. These data were used to develop hunting season packages that were biologically appropriate and believed to best fulfill the desires of duck hunters.