"Spongy moth" has been formally adopted as the new common name for the moth species Lymantria dispar (formerly known as the gypsy moth) by the Entomological Society of America. The new name comes from a translation of a French name based on the destructive forest pest's sponge-like egg masses. You can learn more about the name change from the Entomological Society of America. 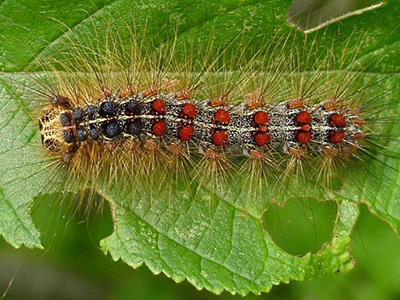 The spongy moth (Lymantria dispar) is well-known for the damage it does to trees. Though not native to North America, it has been here since about 1868. The spongy moth has been in Connecticut since 1905 and is now established in the forests of southern New England.

Outside the forest, it can be a pest of landscape trees. In its larval stage, it consumes foliage voraciously. It will feed on most species of trees in Connecticut, with oaks being its favorite.

Normally, the spongy moth population is low and the damage it does is fairly restricted. However, when it enters into outbreak status, it is a significant problem.

In outbreaks, the larvae, or caterpillars, emerge in great numbers. By the end of June, they will have stripped bare a majority of the trees in an area. Forest and yard trees look more like they do in January than in July. In outbreaks, people find the presence of the insect to be highly objectionable. Besides the harm done to the trees, the caterpillars seem inescapable. They descend from trees and crawl on lawns. Their droppings fill gutters and cover outdoor spaces. They are, in a word, obnoxious. People look to do what they can to be rid of them.

In the 1960s through the end of the 1980s, several major spongy moth outbreaks occurred in Connecticut. Since then, the state has been spared the worst of this insect. Starting in 1989, a fungus has re-appeared annually that specifically attacks the spongy moth caterpillars. This fungus has kept the spongy moth population in check, to the extent that, in recent years, the moth has been little more than a local and occasional problem. (See the CAES Spongy Moth Fact Sheet for further details).

This fungus needs rain to become activated. With 2015 and 2016 being so dry, the fungus did not get enough moisture to become fully activated. As a result, the spongy moth population had grown substantially in parts of Connecticut, reaching outbreak status locally in areas of south-central and eastern Connecticut (2016 map).

Although the weather during the spring of 2017 was not as dry as the previous years, the rains came too late to fully disrupt the larval feeding activity of the spongy moth that year. As a result, defoliation was even more widespread. Especially in eastern Connecticut, the defoliation and resulting mortality, aided by the lingering stress of the drought, made that year one of the worst for forest conditions on record. (2017-2018 map)

In 2018 and 2019, mortality continued due to the lingering effects of the spongy moth and the drought. Secondary pests, especially the two-lined chestnut borer and the honey fungus, also known as the shoestring root rot or amillaria fungus, were effective in their attacks on already stressed trees. 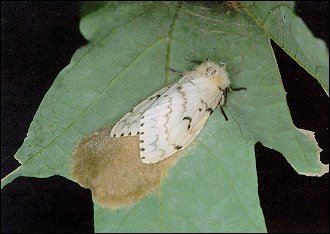 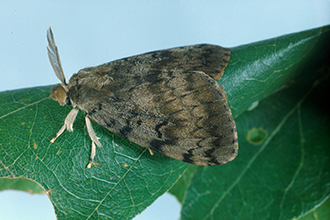