Artificial Lures (swimming plugs, surface poppers, jigs, etc.) are often rigged with multiple treble hooks. One disadvantage of these lures is that a fish struggling to escape capture will often hook itself with the remaining treble hooks, leading to additional injury. Anglers should try to use lures with a single hook if possible, replace treble hooks with steel hooks (not stainless), crimp down the barbs on the hooks, or reduce the number of treble hooks on the lure. Any combination of these actions will reduce catch and release mortality.

Bait Fishing is a popular technique. However, the baited hook is often swallowed by the fish so that the hook is deeply embedded in the stomach ("gut"). To reduce "gut hooking" a fish, anglers should set the hook immediately before the bait can be completely swallowed. When a fish is "gut hooked" the best solution is to cut the line as close to the hook eye as possible. This helps to prevent severe damage to the fish's internal organs, which can occur while trying to remove a hook. If the hook is not stainless steel, it will eventually corrode due to the fish's stomach acids.

Handling Methods depend on fishing technique used, how the fish is hooked, and size of the fish. Ideally, the fish should not be removed from the water. If fishing from a boat, try to prevent the fish from banging against the side or thrashing around the deck. Improper handling can cause internal injuries, skin abrasions, scale loss, or removal of the protective slime layer that prevents infection. Make sure that your hands are wet when handling a fish to reduce slime loss.

To Release the Fish, grasp the tail firmly and place the fish back in the water and slowly move the fish forward and backward. This motion will cause water to flow over the gills, restoring oxygen to the blood stream. Recovery time will vary according to size and health of the fish. As a general rule, the longer the fish fights and the higher the water and air temperature, the longer it will take the fish to recover. 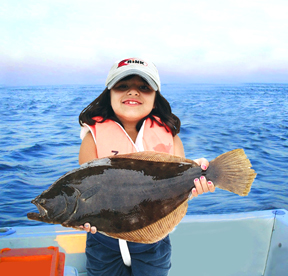