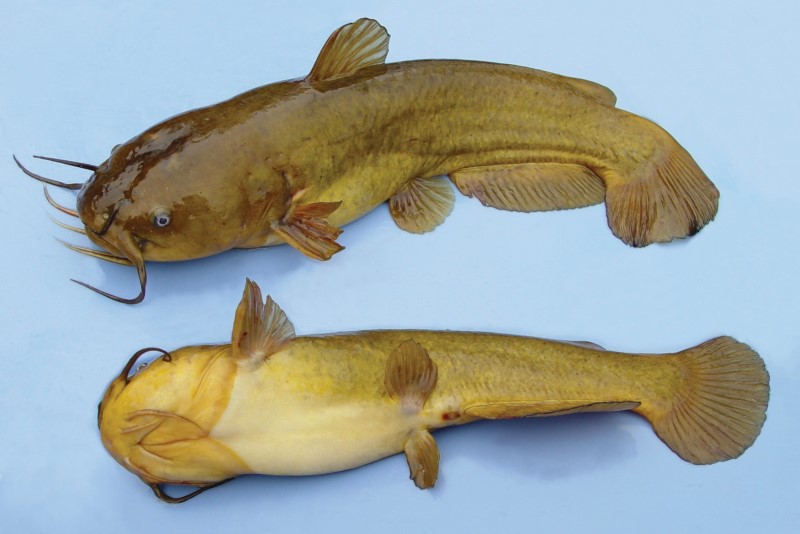 This top and bottom view of a 9-inch adult yellow bullhead demonstrates just how yellow they can be.

The coloration of this 8-inch adult yellow bullhead is more similar to that of a brown bullhead.

Distribution. Widely distributed over the Central and Eastern United States. They were first observed in Connecticut in the early 1980s at a few disjunct sites in the lower Housatonic and upper Quinebaug River drainages. Populations are expanding in both of these drainages, and individuals have recently been discovered in the Connecticut River drainage as well. These fish may have moved down from Massachusetts, where the species has a similar, but more widespread distribution. Yellow bullhead coexist with brown bullhead in some waters and show signs of displacing/replacing them in a few locations. They are typically common where found. 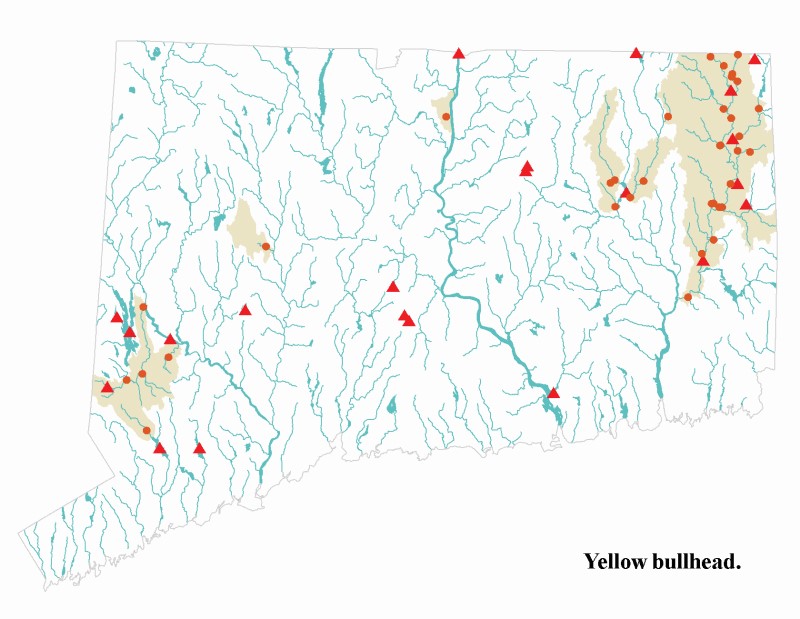 Habits. Prefer moderate to heavy vegetation in still waters of lakes and ponds or slow-moving streams. Primarily nocturnal bottom feeders. Can readily be caught by angling after dark with bait (worms work well) on the bottom.

This 4.3-inch juvenile yellow bullhead looks much like a brown bullhead except for the light chin barbels.

Comments. At first glance, most yellow bullheads look like brown bullheads. For this reason, along with their recent appearance in the state, most Connecticut anglers are not aware of their existence. Examination of the chin barbels is essential for distinguishing the two species. Most new occurrences of yellow bullhead in Connecticut are probably the result of relocation by anglers. 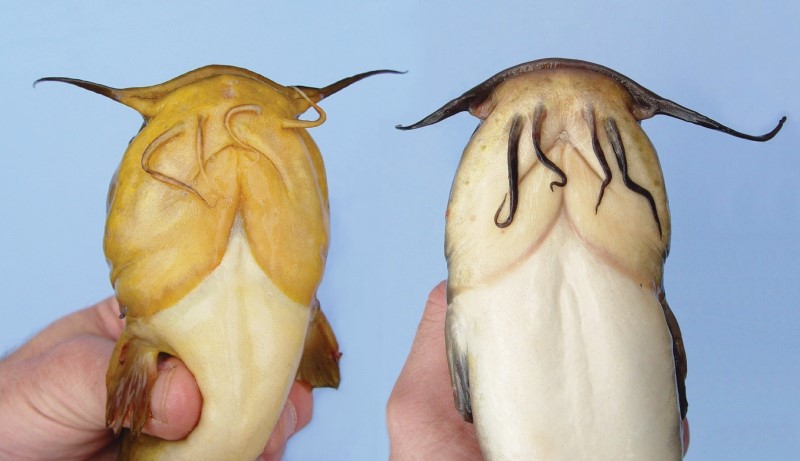 Close-up study of the difference in chin barbel pigmentation between yellow (left) and brown (right) bullheads.