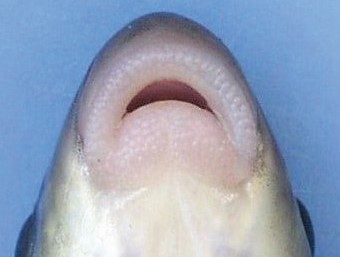 Close-up of papillae on the downturned mouth of a white sucker.

Distribution. Widespread over most of North America east of the Rockies. Occur in almost all but the smallest Connecticut streams where they are typically common to abundant. Also found in most lakes that have significant tributary streams suitable for spawning. 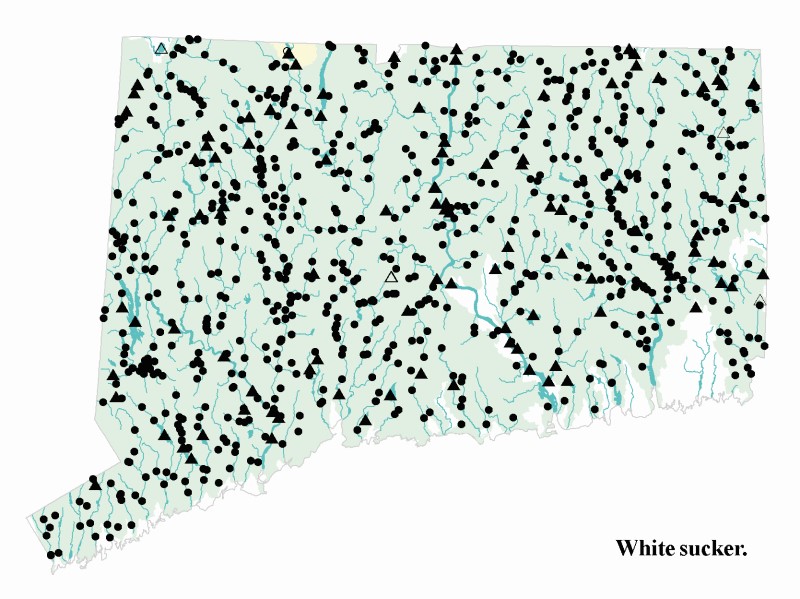 Habits. Can be found in a wide range of habitats. Are most abundant during early spring (March-early May) spawning runs up tributary streams. These runs can be very impressive and easily observed, with hundreds of individuals crammed into pools of small streams. White suckers can sometimes be caught by angling with bait on the bottom. Juveniles can be caught with a small-mesh dip net or seine.

Comments. The white sucker is by far the most abundant native fish of its size in Connecticut and makes up the majority of the fish biomass in many streams. For this reason, it is also arguably our most important fish species. One of the best places to observe their spring migration run is at the Leesville Dam and Fishway on the Salmon River in East Haddam, where they congregate by the thousands.