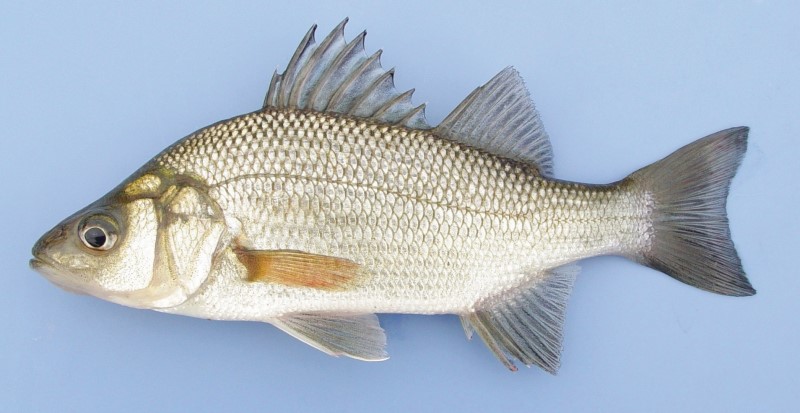 A 3-inch juvenile white perch looks very much like the adult.

Distribution. Atlantic Coast from Cape Breton Island, Canada, to South Carolina. Also in Lake Ontario and the St. Lawrence River. Landlocked populations also exist throughout their range. In Connecticut, white perch inhabit most estuaries and all larger tidal rivers and occasionally venture into Long Island Sound. Some landlocked populations in coastal ponds are probably natural, but most Connecticut lake populations are the result of introductions. White perch can be extremely abundant. 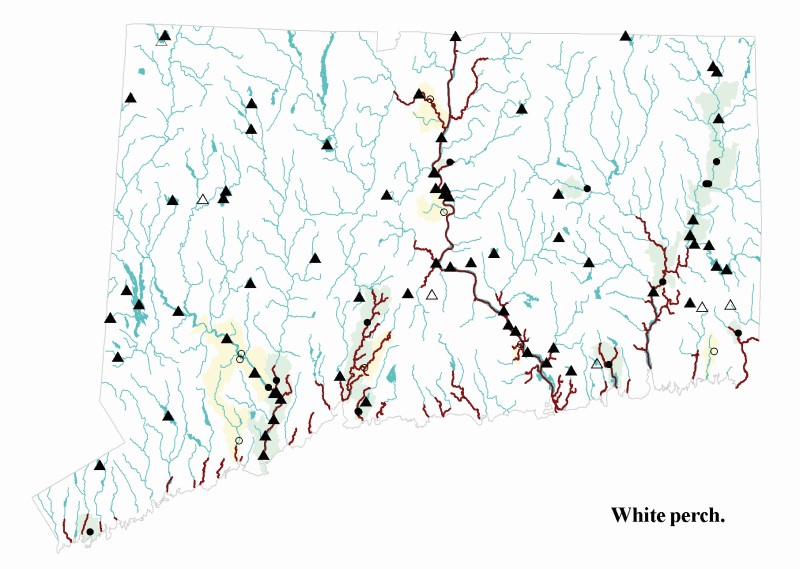 Habits. Semi-pelagic (sometimes frequent open water), schooling fish that prefer estuarine and tidal environments, but tolerate a wide salinity range. Can readily be caught by angling with a wide range of small baits and lures (such as jigs, worms and minnows). White perch are relatively easy to keep in a home aquarium. They can be kept in fresh water or at salt concentrations up to 25 parts per thousand. It’s best to mimic the salinity from which the fish was caught. They are passive fish that don’t do well in the presence of large, aggressive species. Occasionally juveniles will accept dried pellets, but they do much better on live, frozen or freeze-dried food.

Comments. Adorned with an armament of long, sharp spines, white perch are difficult for both anglers and predators to handle. For this reason, and because they are prolific spawners, landlocked populations tend to become overabundant in lakes, which results in stunted growth.