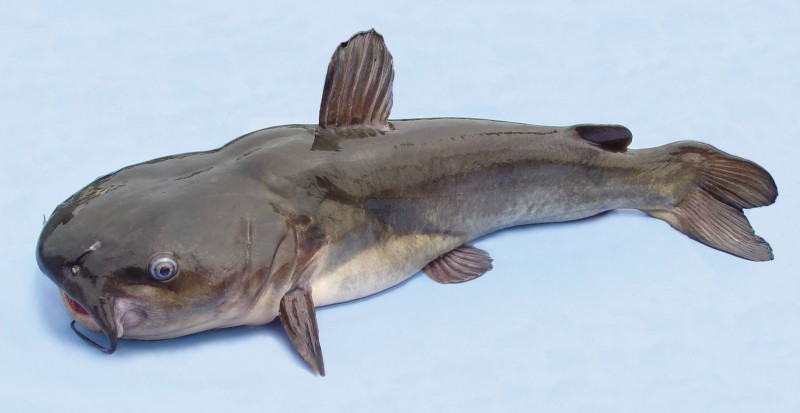 A typical 20-inch adult white catfish from the Connecticut River. Note the blue color around the eye. 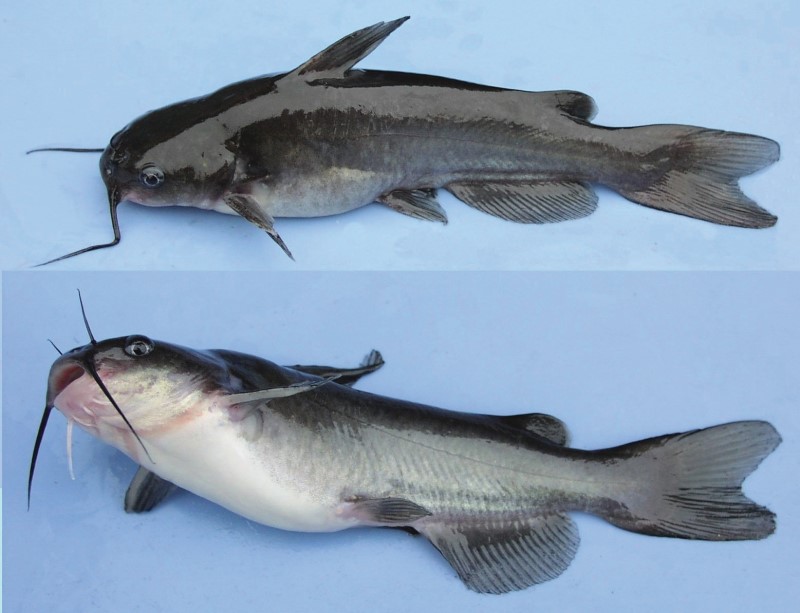 A 5-inch juvenile white catfish. Note the light chin barbels and forked tail with rounded lobes (vs. pointed lobes on the channel catfish). 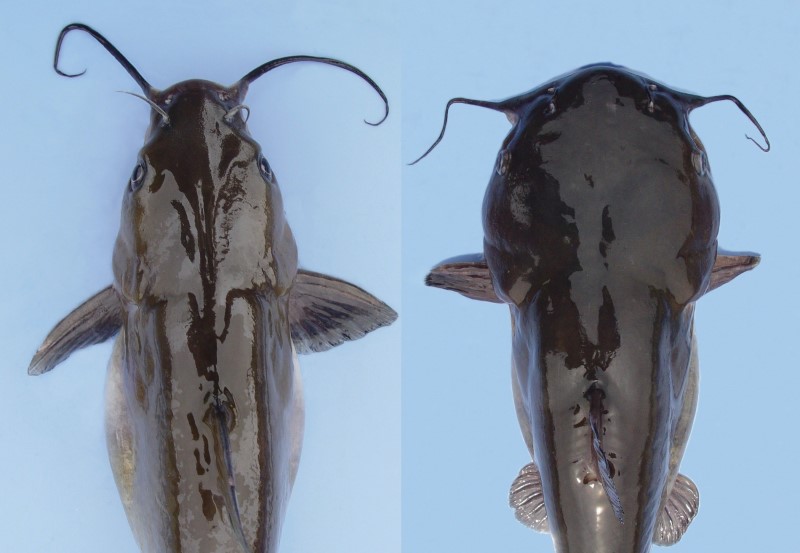 The head and mouth of a typical white catfish (right) is much wider than that of a channel catfish (left).

Distribution. Native range includes Atlantic coastal United States from New York to Florida. Widely introduced elsewhere. White catfish are established in all major drainage areas of Connecticut, with the strongest populations being in the lower reaches of the major rivers (Connecticut, Housatonic, Pawcatuck and Thames), where they are common to abundant. A number of lakes and ponds have self-sustaining populations, many of which became established since the 1960s. Where found, they are typically uncommon to common in abundance. 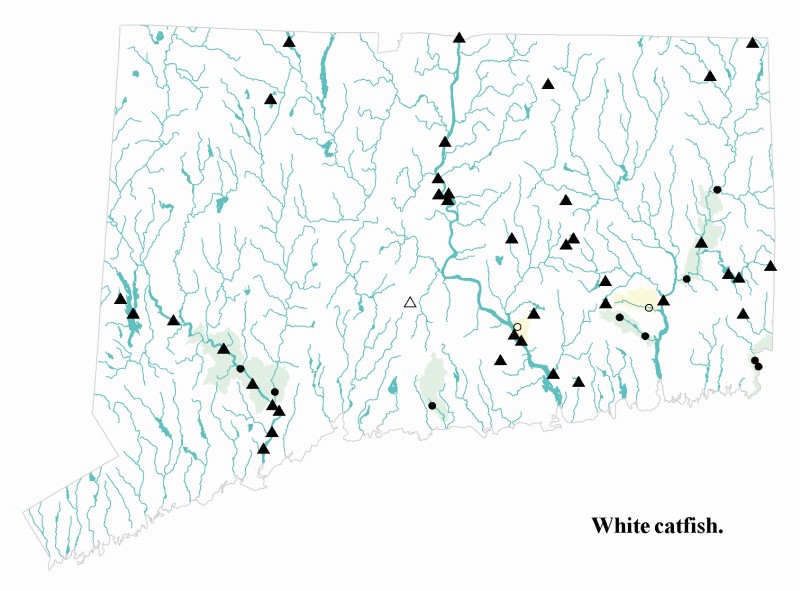 Habits. Prefer backwaters and slow-moving areas of larger rivers and streams as well as lakes and ponds. They appear to be more tolerant of brackish water than channel catfish. Possibly for this reason, white catfish outnumber channel catfish only in the southern part of the Connecticut River. White catfish can readily be taken with bait (such as worms or fish) on the bottom during the day, but more often at night.

Comments. Very large white catfish are difficult for even trained biologists to positively identify. For this reason, most angler-caught “white catfish” that were reportedly over 10 pounds were probably misidentified channel catfish. 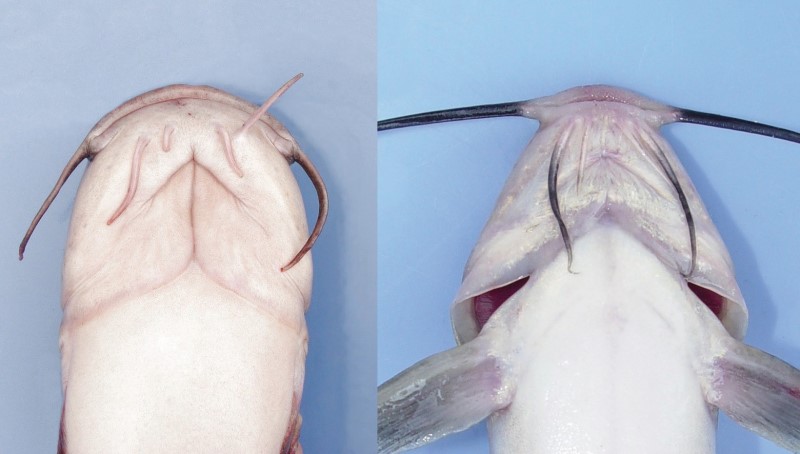 Close-up of the underside of a white catfish (left) and a channel catfish (right) showing the differences in mouth size and pigmentation on the chin barbels.