Walleye populations are sustained in a number of Connecticut lakes through annual stocking.

This 16-inch walleye is more brownish in color.

Distribution. Native to much of Canada and the North Central United States. Widely introduced elsewhere. The only naturally reproducing population in Connecticut occurs in the Connecticut River, where fish that spawn in Massachusetts below Holyoke occasionally stray down as far as Portland. At best, walleye are uncommon in the Connecticut portion of the river. Walleye have been introduced into a number of Connecticut lakes, where populations are maintained by annual stockings of 4-inch fingerlings. 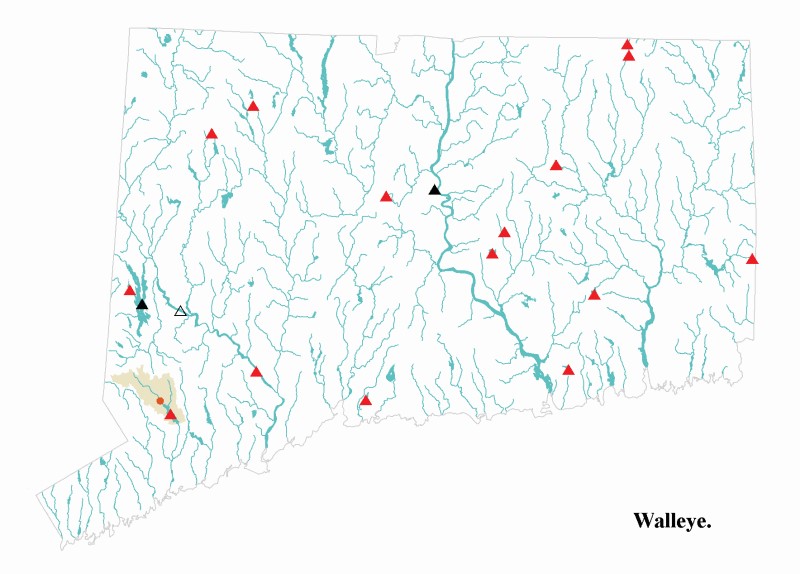 Habits. A “coolwater” species that has extremely light-sensitive eyes. They prefer lakes and larger streams that are either moderately deep, or shallow and turbid. Walleye typically feed in small schools at night or during daytime at low light periods. Can be caught by angling with a variety of baits and lures, most effectively during twilight or at night. Walleye can be kept in home aquariums, but grow quickly, so a large tank is needed. They will eat fresh dead food but prefer something alive and moving. They are passive toward other fish (unless they decide to eat them), typically lying motionless on the bottom until food is offered.

Comments. Although relatively feeble fighters on rod and reel, walleye are an esteemed game and food fish throughout their range. They are very effective predators of forage fish species. The current State Record (14.5 pounds) was the result of a brief (1950s) fry-stocking program in Candlewood and Lillinonah lakes. The program was discontinued due to lack of natural reproduction.

An adult walleye as it appears underwater blends in well over rock and gravel substrate. 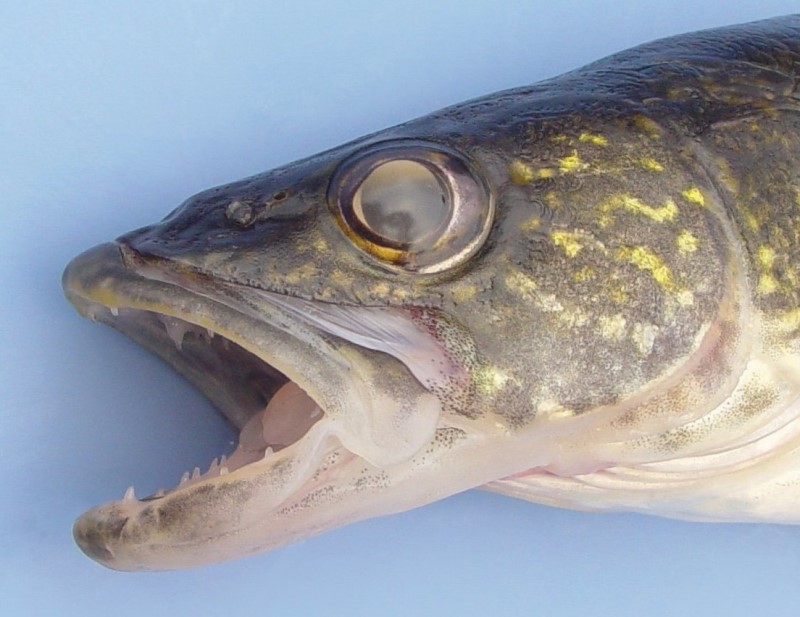 Close-up of a walleye's sharp teeth and large, light-sensitive eye.