Identification. Dorsal spines 3-4. Pelvic fins each with one sharp spine and one soft ray. No well-developed cusp (pointed projection) at base of pelvic fin spine. Pelvic bones joined across breast. 28 or more bony plates on each side. Caudal peduncle usually with a short lateral keel. Typically grayish-green on back, tan to silvery iridescent on sides, and white on belly. May have pale vertical bars. Breasts of spawning males become bright orange. 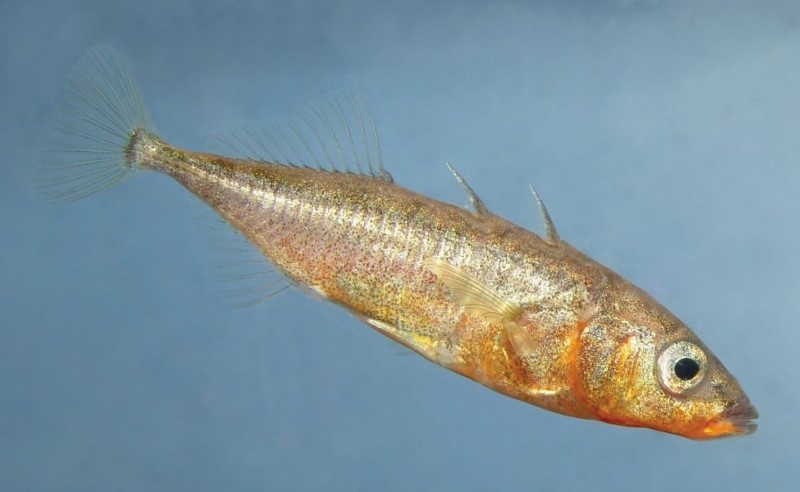 Aquarium photo of a threespine stickleback.

Distribution. Coastal marine and fresh waters with a circumpolar, but disjunct distribution that includes parts of Europe, eastern Asia, and the West and East Coasts of North America from Alaska to Baja and from Hudson Bay in Canada to Chesapeake Bay in the United States. In Connecticut, they are found along the entire coastline and in the mouths of nearly all major coastal streams, where they are typically common in abundance. They are most likely to move upstream into near-fresh water during the spring and early summer spawning season. 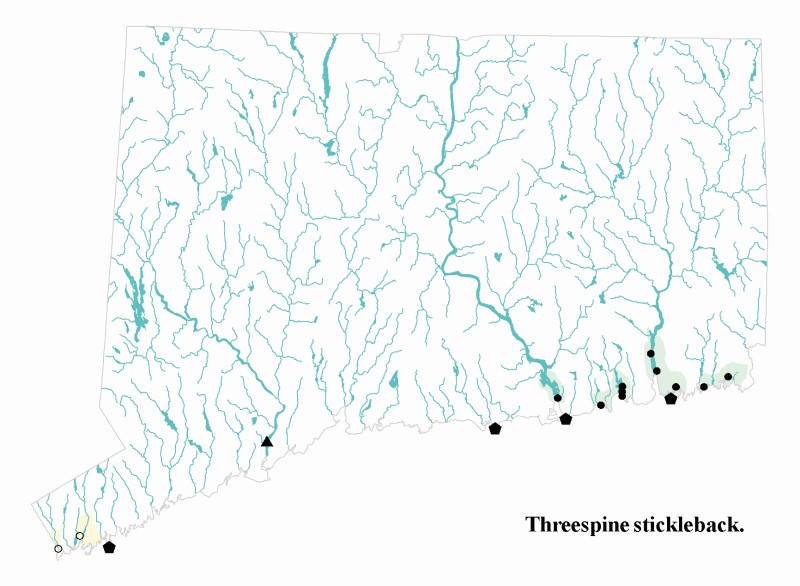 Comments. Freshwater populations exist as far south as Massachusetts, but none are known in Connecticut.