Sturgeons are an ancient family characterized by slender bodies, lack of scales, and five rows of bony plates running the length of the body, giving them an armored appearance. Their tails are asymmetrical, with the upper fin lobe being much longer than the lower lobe. Their mouths are ventral (on the underside of the head) and toothless. They have long snouts with four barbels on the underside in front of the mouth. They have a single dorsal fin set well back toward the tail, and their fins are shark-like with no spines. Sturgeons are dark brown to gray on the back fading to whitish on the belly.

There are two native species of sturgeon in Connecticut, but only the shortnose sturgeon is thought to currently spawn in the state. Both species spawn in the spring in high-velocity waters, typically beneath the first major change in elevation of their home river. 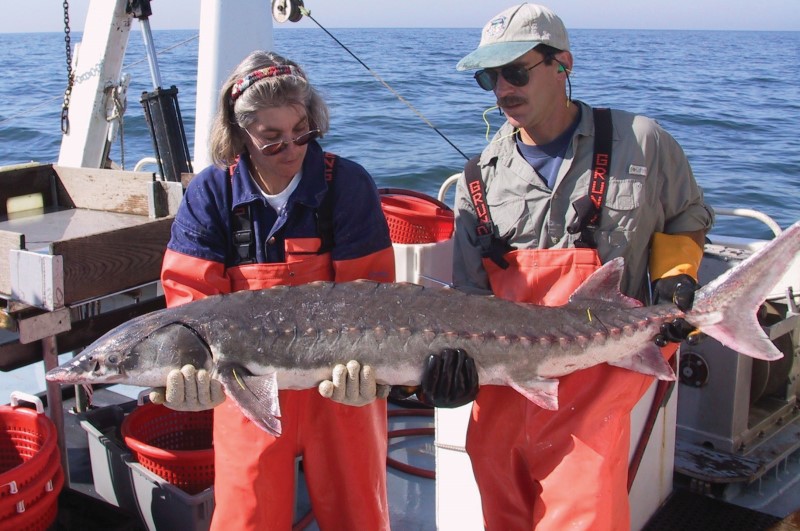 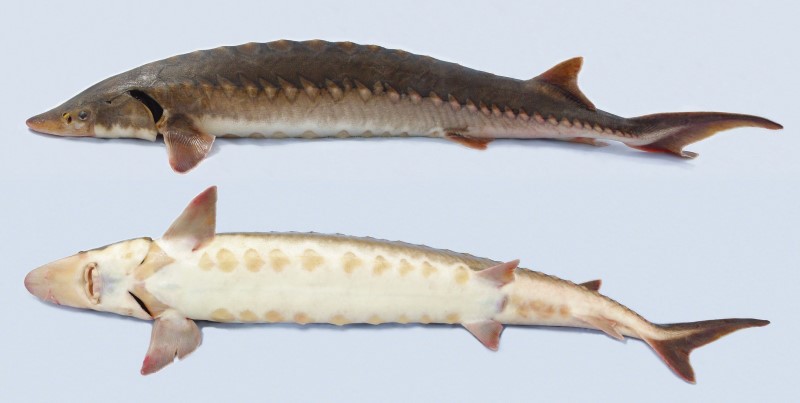 Due to their fast growth and ultimate large size, sturgeons are not generally suited for home aquariums. Also, they are illegal to keep in Connecticut because of their Threatened and Endangered Species status.