The horizontal stripes are just beginning to form on this 3-inch juvenile striped bass from the Connecticut River.

Distribution. Native range includes the Atlantic Coast from New Brunswick to northern Florida as well as some areas of the Gulf of Mexico along the Florida panhandle. Have been introduced elsewhere, including the West Coast. Landlocked populations have been established in a number of large reservoirs in Southern and Western states. In Connecticut, striped bass are seasonally found along the entire coastline and in all large tidal rivers, where they are typically common to abundant. Most fish migrate south during winter, but some overwinter in Connecticut, most notably in the Thames River. 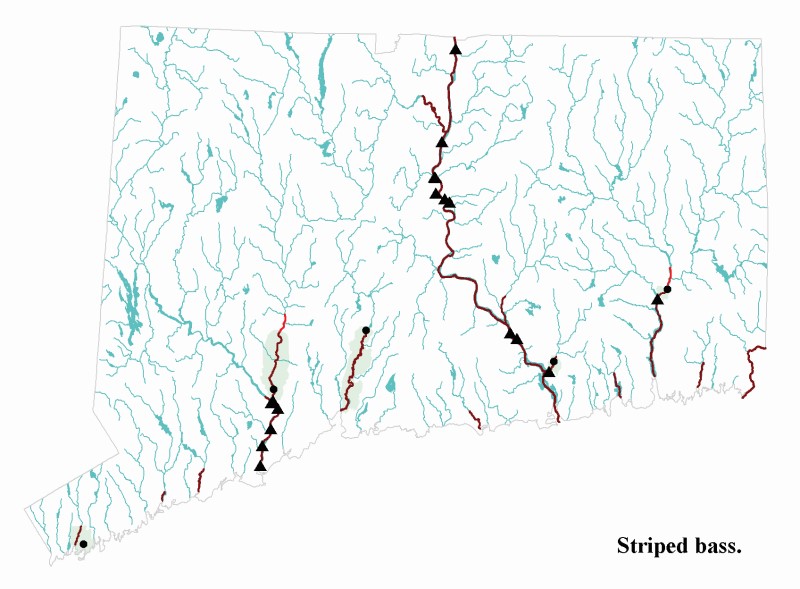 Habits. Prefer rocky reefs and shoals of coastal waters and estuaries, but can be found in a variety of habitats. Striped bass will range many miles up larger coastal rivers in search of food or spawning areas. Small fish typically travel in schools, whereas larger fish are more solitary. Can be captured by angling on a variety of baits and lures. Striped bass are challenging to keep in a home aquarium. Juveniles can be kept in a large tank (over 100 gallons), but grow quickly and are very skittish. They tolerate fresh water, but prefer some salt content. Require live, frozen or freeze-dried food. 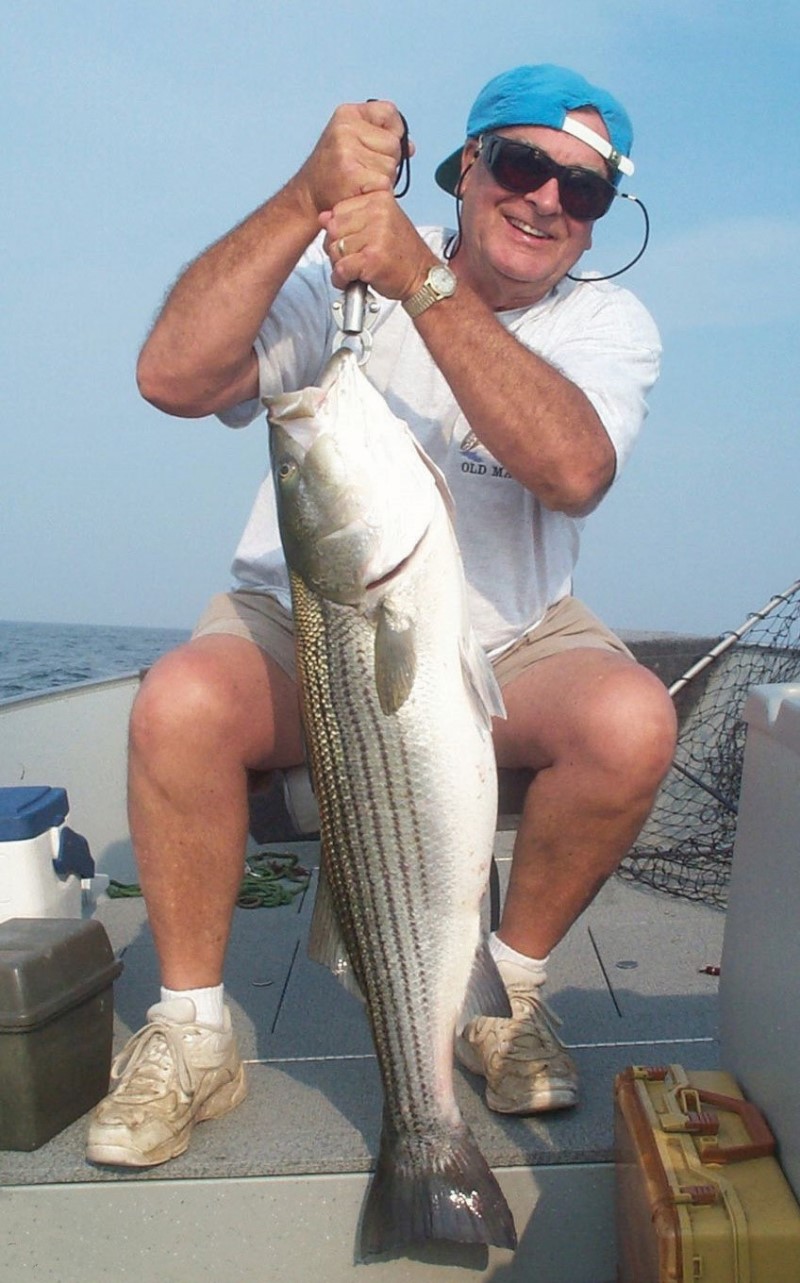 Striped bass grow large and are arguably the most important inshore predator and sport fish in the state. Bob Sampson photo.

Comments. The striped bass is a very important gamefish wherever found. Numbers have rebounded in recent years, primarily due to conservative length and creel limits, from historical lows during the mid-1970s. Some fisheries scientists believe that predation by striped bass is at least partly responsible for the decline of anadromous herring in Connecticut. Striped bass spawning has not been verified in Connecticut. Small (less than 5 inches) young-of-year striped bass have become increasingly more common in the lower Connecticut River. It is unclear whether this is an indication of successful spawning in the river or whether these are migrants from the nearby Hudson River stock.