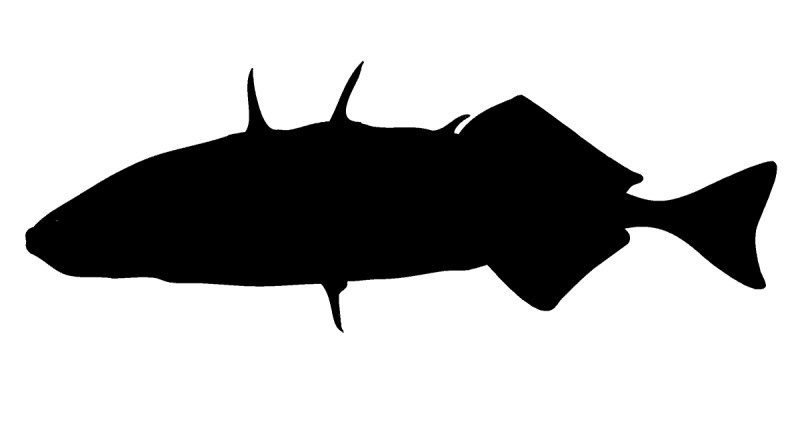 A small family inhabiting marine and fresh waters of the Northern Hemisphere. Sticklebacks are small, scaleless fishes. They have 2-10 stout, unconnected dorsal spines followed by a soft dorsal fin. The caudal peduncle is narrow, and the tail fin is rounded to slightly concave. The pelvic fins are thoracic.

Four native stickleback species are found predominantly in marine and sometimes fresh waters of Connecticut. The males build and guard nests made out of aquatic vegetation, and they become darker and/or more brightly colored during the spawning season.

A strictly freshwater species, the brook stickleback (Culaea inconstans), has been reported from Connecticut waters, but none have been sampled since the 1960s, so it probably is no longer present. The brook stickleback is similar to the fourspine stickleback except that the pelvic bones are joined. Also, there are 4-6 (usually 5) short dorsal spines (length of spines usually less than diameter of eye). Brook sticklebacks are found throughout much of New York State.

Sticklebacks are relatively easy to keep in home aquariums, but due to their small size don’t do well in the presence of large, aggressive species. Most prefer at least some salt content in the water and will eat a variety of live, frozen or freeze-dried food. Although small, they are fairly aggressive toward other fishes and will nip at fins.