A large adult (4-inch) spottail shiner displays the characteristic protruding snout and faint spot at the base of the caudal fin.

Juvenile shiners are difficult to identify. This 2-inch spottail shiner has a dusky lateral band and a less developed snout than the adults.

Distribution. Widespread throughout the eastern half of North America. In Connecticut, spottail shiners are found in all larger rivers and many large streams. They also exist in some lakes with significant tributary streams. They are often extremely abundant. 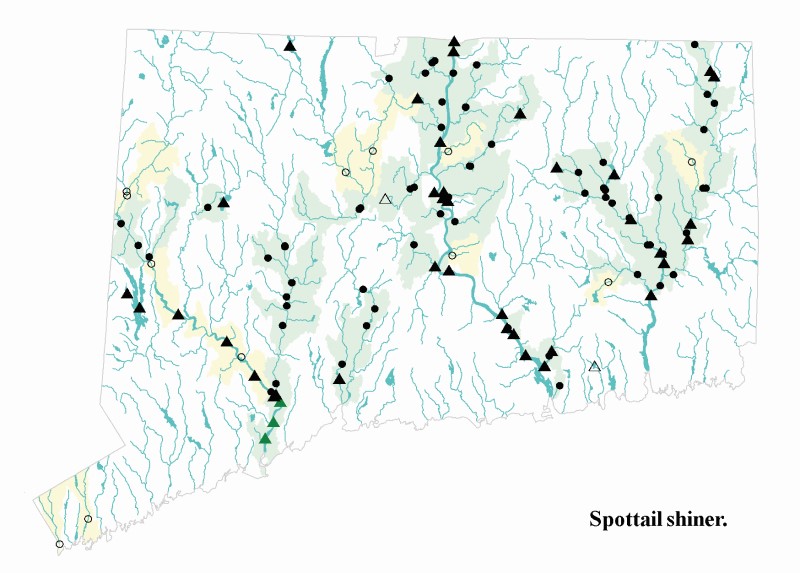 Habits. Prefer sandy areas with slower flows in larger rivers. Typically spawn in the mouths of smaller tributary streams. Usually occur in large schools. Can be taken with a very small hook baited with a bit of worm or with a small-mesh dip net or seine. Easy to keep in home aquariums, but are relatively fragile.

Comments. This is typically the most abundant and, therefore, a very important forage fish species in larger rivers, such as the Connecticut River. Spottail shiners are sometimes sold as bait, but are not as hardy as golden shiners. 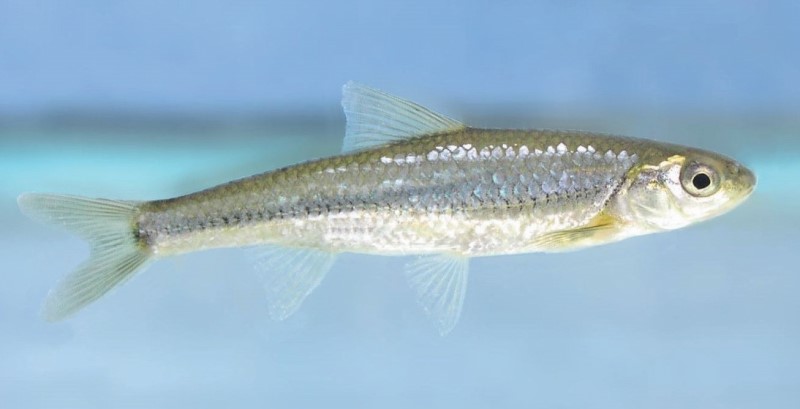 Adult spottail shiners have large, very shiny scales that come off easily in the hand.