Identification. Streamlined shape. Similar to juvenile mummichog, but there are only 8 dorsal rays and the dorsal fin is set farther back. Base of first dorsal ray is behind base of first anal ray. (Distance from beginning of dorsal fin to beginning of tail fin less than distance from beginning of dorsal fin to middle of eye.) Lateral line scales fewer than 39. Dark spot near back edge of dorsal fin. Males are olive on the back fading to yellowish on the belly, typically with prominent vertical barring. Fins are orange-brown, becoming bright during spawning. Females are plainer, being greenish on the back, fading on the sides, and with yellowish-brown fins.

Distribution. Spotty distribution along the Atlantic Coast from southern Massachusetts to North Carolina. Their distribution in Connecticut is poorly documented. They are typically uncommon to common where found. 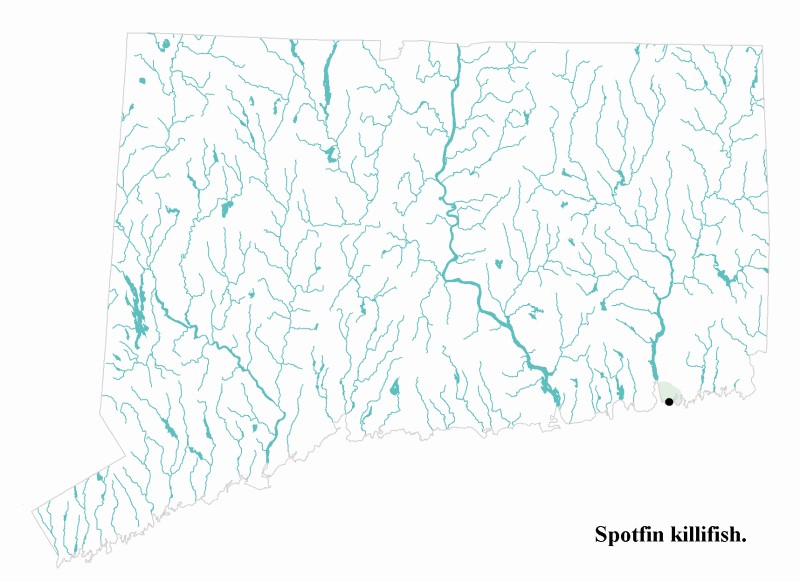 Comments. The smallest killifish species in Connecticut. Due to their small size, spotfin killifish are difficult to identify and often mistaken for young mummichog. They also commonly inhabit shallower areas than other tidal species, so can easily be missed by conventional sampling methods.