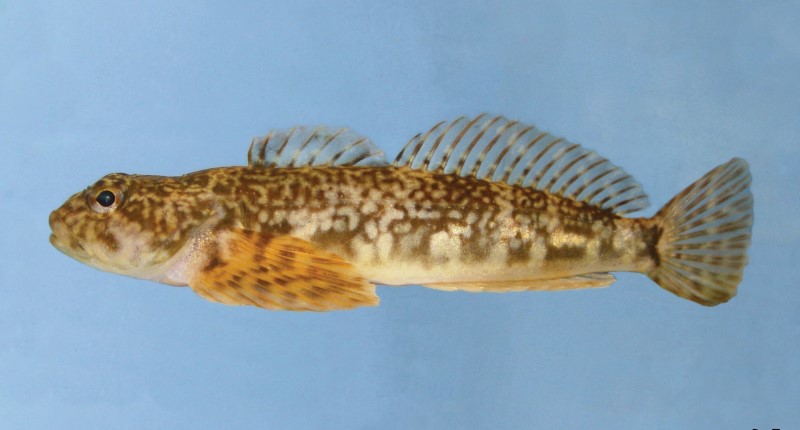 Distribution. Patchy distribution from eastern Siberia through most of Alaska, Canada and the Northern United States south to Virginia along the East Coast. The slimy sculpin has a fragmented distribution in Connecticut and is limited to coldwater streams, primarily in the northern part of the state. Most populations are located in the upper Housatonic and Farmington River watersheds, where they range from uncommon to common in abundance. 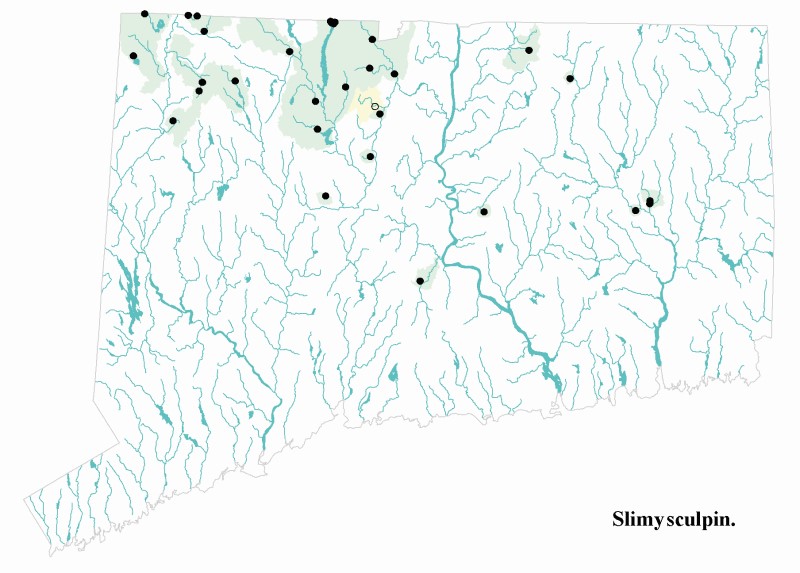 Habits. Prefer clear, coldwater streams with gravel to cobble substrate and moderate to fast flows. They stay on the bottom, often under cover. Can be captured with small-mesh dip net or seine. 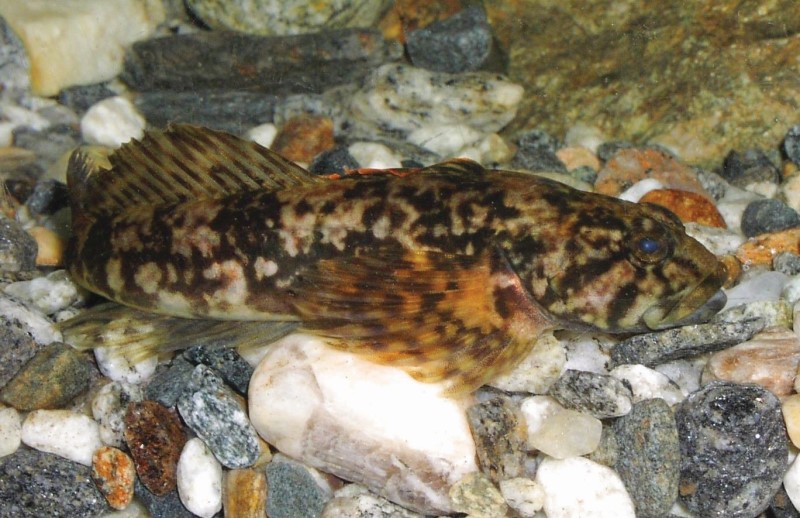 Slimy sculpins are extremely well-camouflaged when lying in the gravel substrate of streams.

Comments. Although locally common, slimy sculpins are not often seen because of their small size and excellent camouflage. Sculpins are sensitive to environmental degradation, requiring good-quality, coldwater streams to survive. Some populations are restricted to extremely limited areas of streams. In a few cases where the coldwater source is from a single spring, a whole population may be confined to no more than a couple hundred yards of stream.