A typical, 6-inch adult rock bass. Note the dark spots on many of the scales along its side. 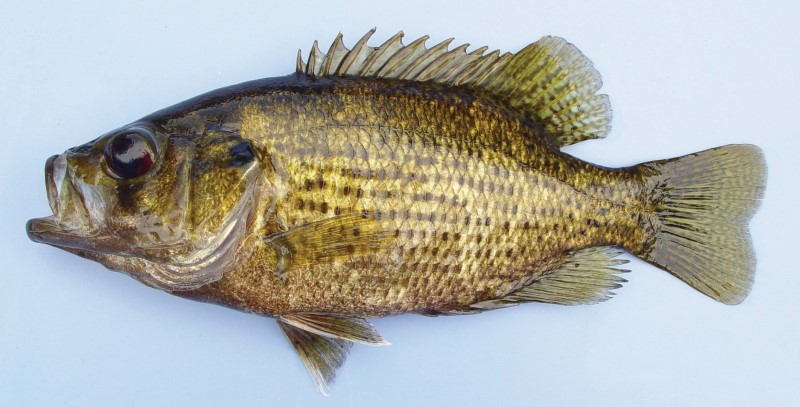 Distribution. Native range includes the Eastern United States and southern Canada from the Mississippi drainage south to Tennessee, not including most of the Eastern coastal states. Has been introduced into adjacent areas. In Connecticut, rock bass were originally restricted primarily to the western part of the state, but their range has increased into eastern Connecticut, most likely through illegal introductions by anglers. They are typically common where found. 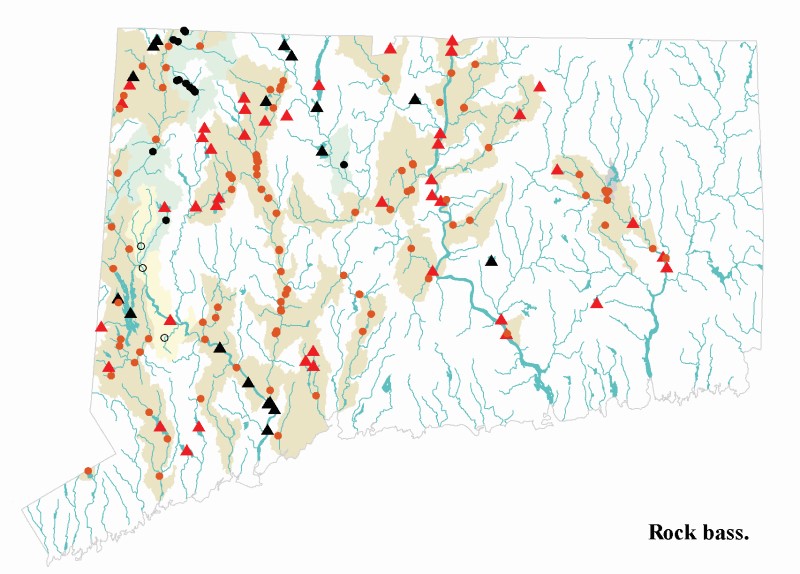 Habits. Prefer lakes and slower-moving areas of streams with rocky bottoms, clear water and moderate to little vegetation. Are often found in shallow water around rocks and are easily caught by angling on a variety of small baits and lures. Rock bass are relatively easy to keep in home aquariums, but are less aggressive than most other sunfish species and often hide behind structures. They can be taught to accept pellets, but need at least some fresh food. 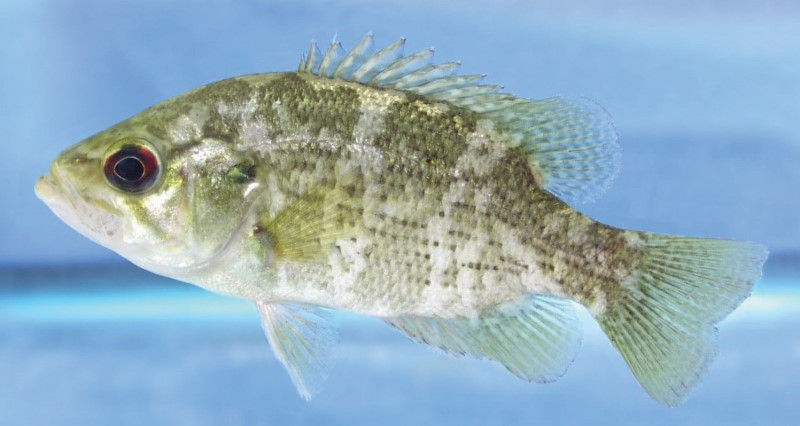 The mottling on a rock bass provides excellent camouflage for its rocky habitat. 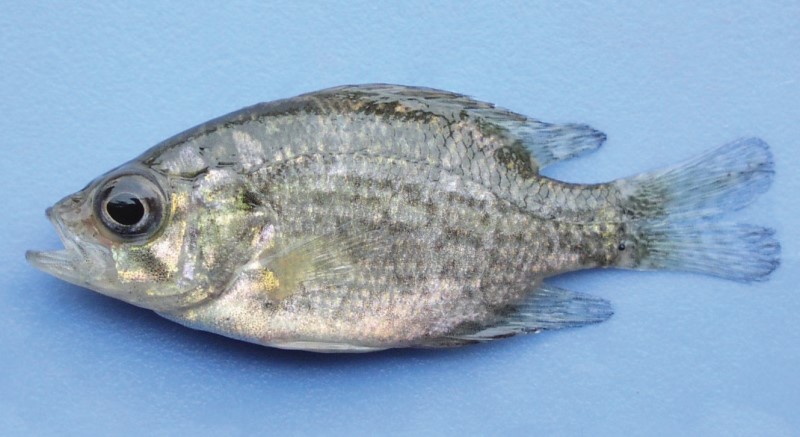 This 2.3-inch juvenile rock bass has a large eye and mouth, and markings reminiscent of an adult.