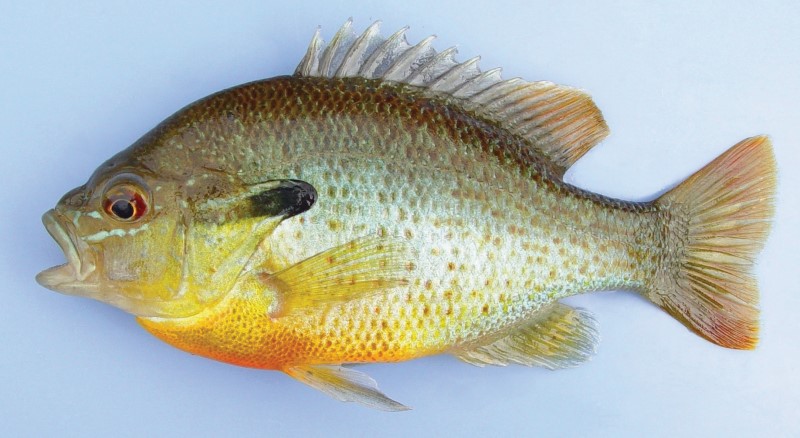 Identification. Body moderately deep. Mouth size moderate, reaching to below the leading edge of the eye. Opercular flap long in adults, black to its edge. Pectoral fins short and rounded (shorter than head length). Anal spines 3. Typically olive on the back fading to bluish-green on the sides and orange-red on the belly. Sides are covered with faint reddish-brown spots. One to several aqua-colored wavy lines on head behind mouth. Fins often tinged red or orange. Juveniles have faint vertical barring, which is absent in adults. Opercular flap is not long in juveniles — look for a larger mouth and slimmer body profile than those of juvenile bluegill and pumpkinseed. 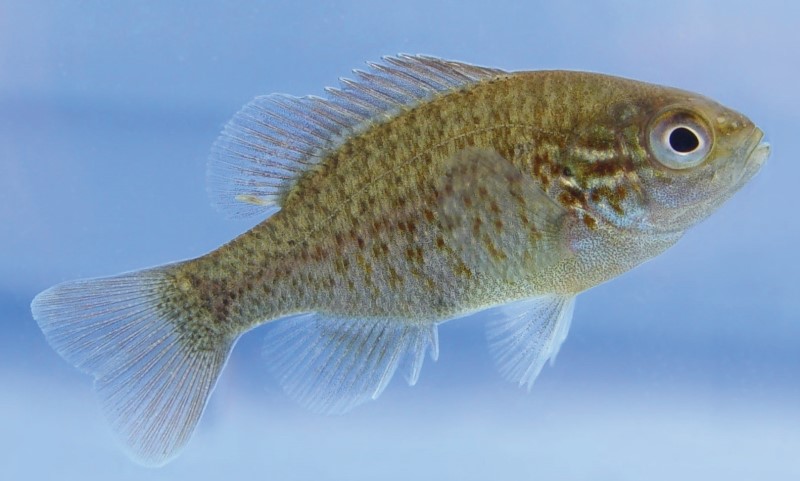 This 2-inch juvenile redbreast sunfish has none of the bright coloring of an adult. A slimmer body and larger mouth distinguishes it from a young bluegill or pumpkinseed.

Distribution. Native to Atlantic coastal areas from New Brunswick to central Florida. Introduced to a few other areas. In Connecticut, the redbreast sunfish has a patchy distribution across all major watersheds. They are typically common in rivers and large streams and uncommon to rare in lakes. 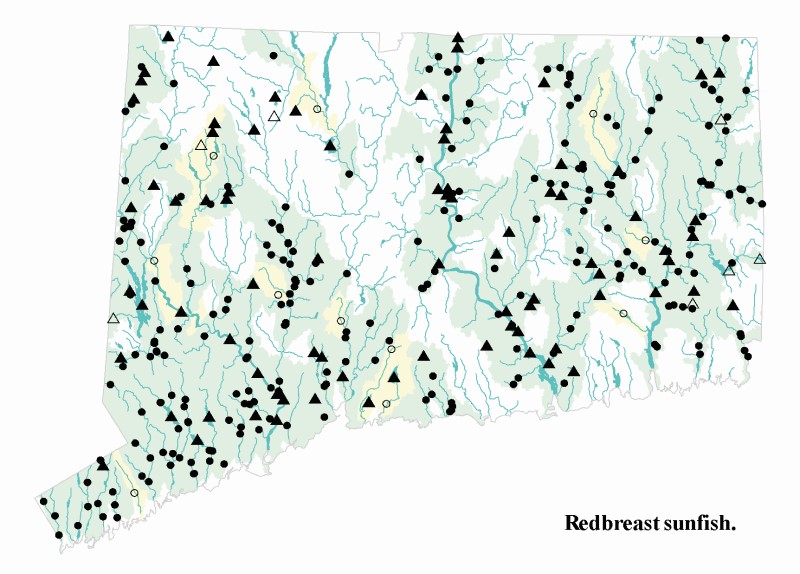 Habits. Prefer clear water and rocky areas of larger streams and lakes. Not typically associated with vegetation. They are more tolerant of current than other sunfishes and are often the dominant sunfish species in larger rivers. Can be taken by angling with small lures or bait (especially worms). Redbreast sunfish are relatively easy to keep in home aquariums. They will accept pellets, but require some fresh food. They are not as tolerant of warm or poor-quality water as pumpkinseed or bluegill. 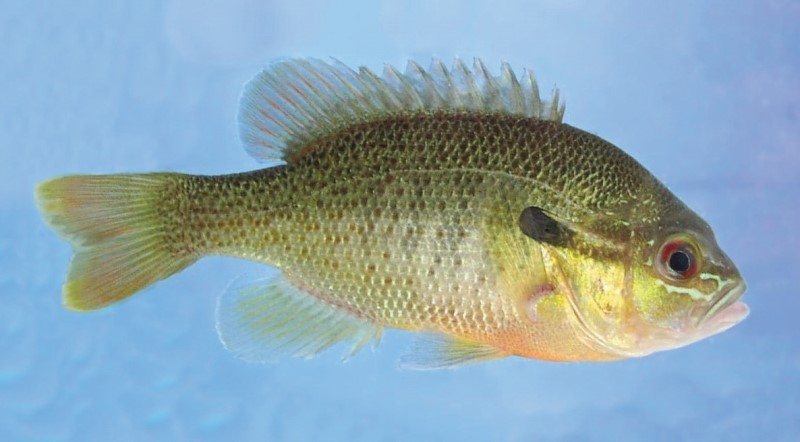 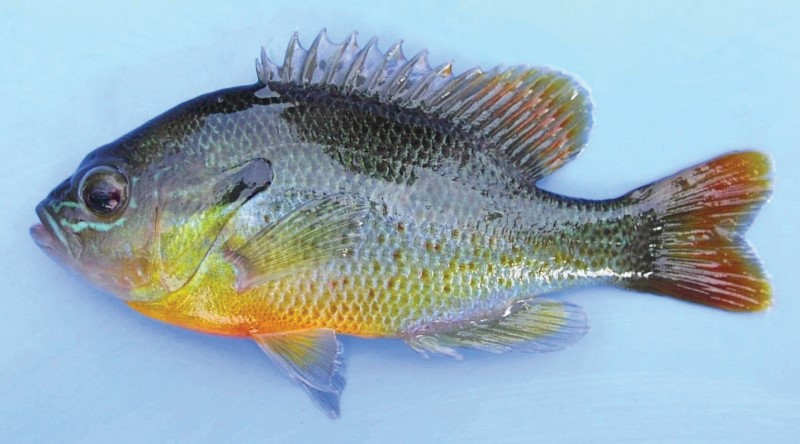