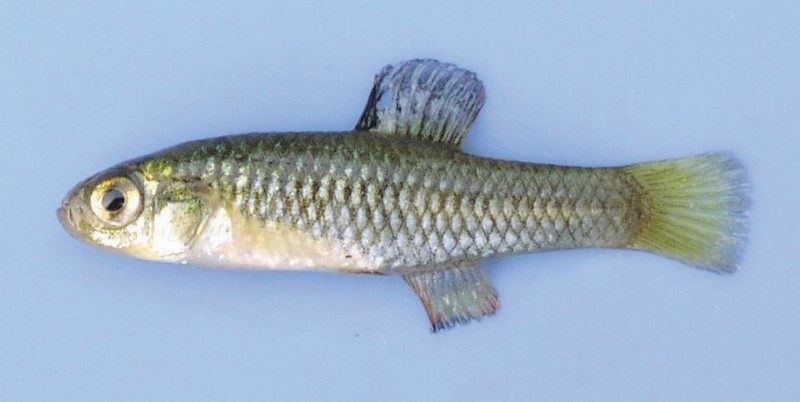 A 1.5-inch rainwater killifish, which differs from others in its family by its large scales, each surrounded by a faint dark outline.

Distribution. Patchy distribution along the Atlantic Coast and Gulf of Mexico from Massachusetts to Texas. In Connecticut, they are found in tidal creeks, backwaters and marshes, primarily east of the Connecticut River. They are typically uncommon, but may be locally common in some areas. 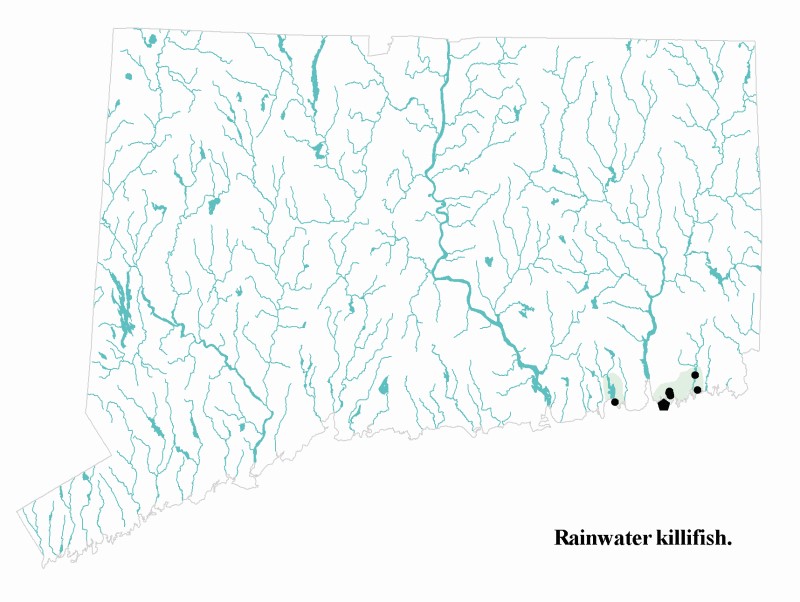 Habits. Prefer quiet shallow waters of estuaries and salt marshes, usually near vegetation. Can often be found swimming in schools near the surface. Are tolerant of a wide range of salinity. Will occasionally enter fresh water above estuaries. Can be captured with a small-mesh dip net or seine.

Comments. Where numerous, rainwater killifish are thought to be an effective control of mosquito larvae. Due to their small size and patchy distribution, the range of this species is not well documented in Connecticut.