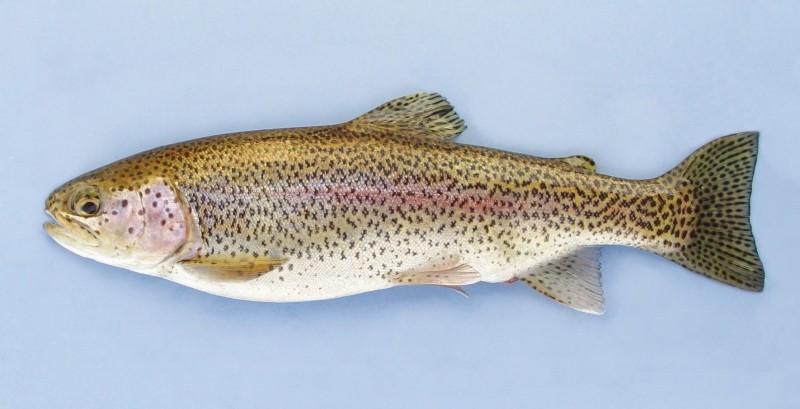 This 12-inch rainbow trout displays only a hint of a pink lateral band.

Distribution. Native to the United States and Canada west of the Rockies from Alaska to California, in a few high elevation areas of Mexico, and in areas of the North Pacific in Asia. Have been widely introduced throughout the world. Rainbow trout are stocked into many Connecticut lakes and larger fishable streams. Although naturally spawned “wild” rainbow trout are occasionally found, only one known self-sustaining population exists in Connecticut (Hubbard Brook, Hartland). 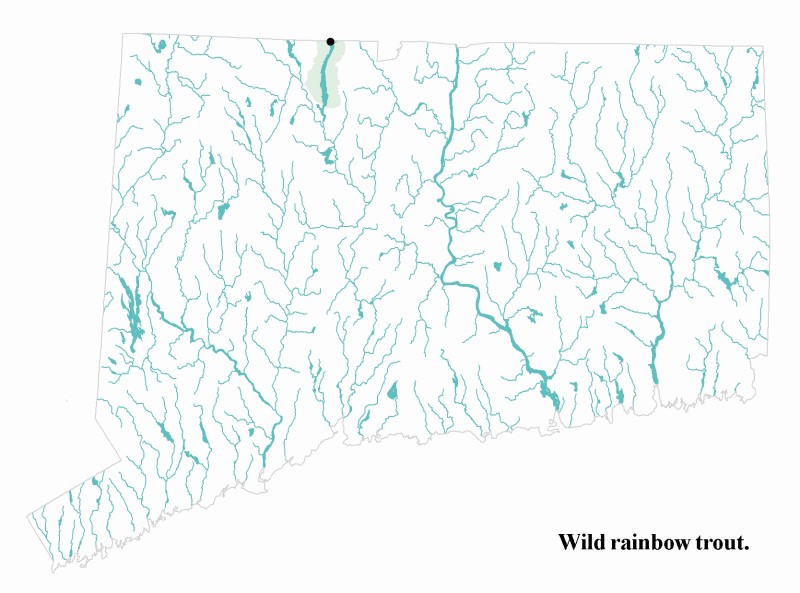 Habits. Rainbow trout prefer cold, well-oxygenated lakes and streams. They will move up streams into faster, well-aerated areas as temperatures rise. Can be readily caught by angling on a variety of small baits and lures.

Comments. Rainbow trout seldom survive the summer in Connecticut lakes or streams. Large fish caught by anglers are typically surplus broodstock (i.e. stocked at large size). If not harvested quickly, some strains of rainbow trout tend to emigrate from stocked streams. Naturally reproduced rainbow trout are rare in Connecticut, in part because domestic strains are not suited for spawning here.