Identification. Eye large; snout pointed. Lower jaw protruding. Large canine teeth on tongue. 62 to 72 lateral line scales. Long jaw reaches to back of eye. Green to gray on back, fading to iridescent and silvery on sides and white on belly. 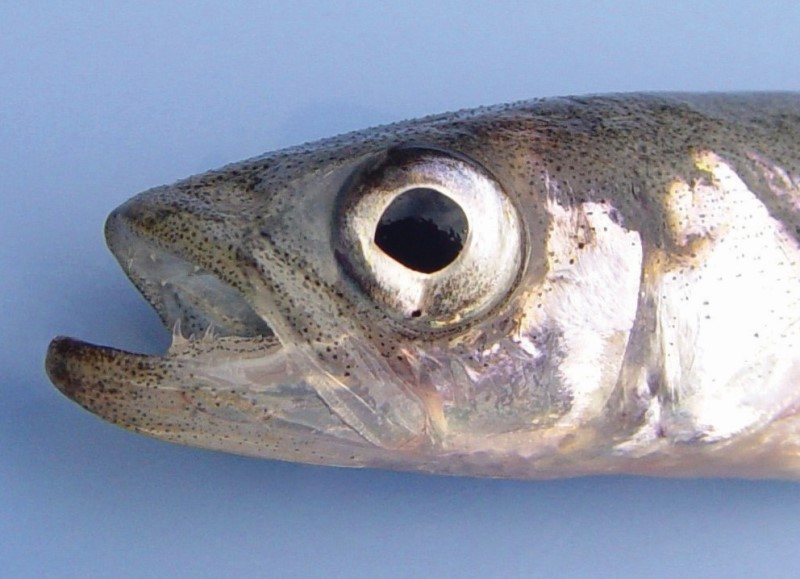 Distribution. Anadromous populations occur along the Atlantic Coast from Labrador to New York and along the St. Lawrence River and Great Lakes. In Connecticut, anadromous smelt populations historically entered many coastal streams. Landlocked populations are introduced and currently exist only in the Upper West Branch Farmington River drainage (West Branch and Colebrook Reservoirs). A population recently existed in West Hill Pond (New Hartford), but no smelt have been observed there since 2000. 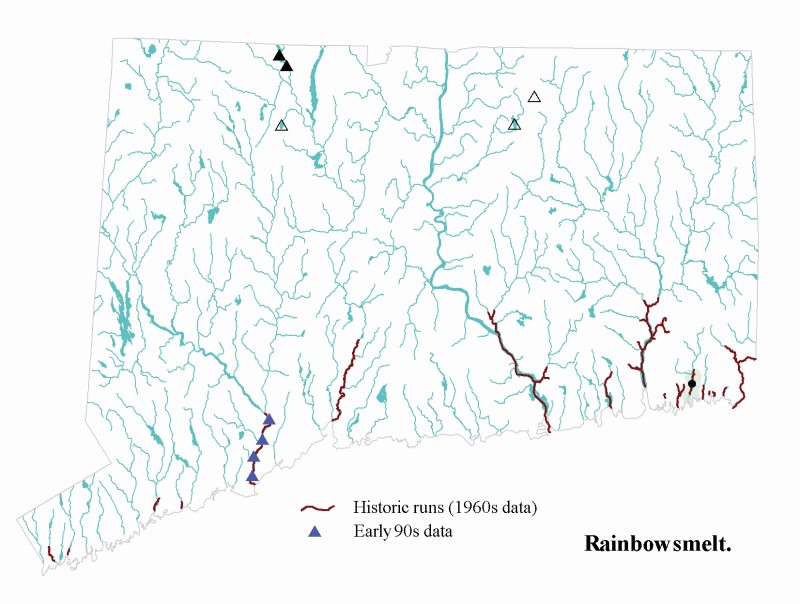 Habits. A schooling fish that migrates long distances up coastal rivers during late winter/early spring to spawn over gravel and cobble of small, fast-moving streams. Landlocked forms spawn in tributary streams of lakes. Can be caught on small flies and bait. Smelt are active in the winter and are often caught through the ice.

Comments. Smelt are important forage fish for large pelagic predators, such as striped bass in estuaries and brown trout in lakes. Anadromous populations in Connecticut and other areas of the Northeast began to decline in the 1960s, possibly due to degraded water quality and habitat. In the 1990s, they precipitously declined to the point of possible extinction in some waters. Smelt have been recently captured in marine waters of Connecticut, but no spawning runs have been documented in recent years. Because Connecticut is near the southern edge of their range, global warming may be a factor. A short life span (maximum reported age 6 years) makes this species especially vulnerable to population collapse.