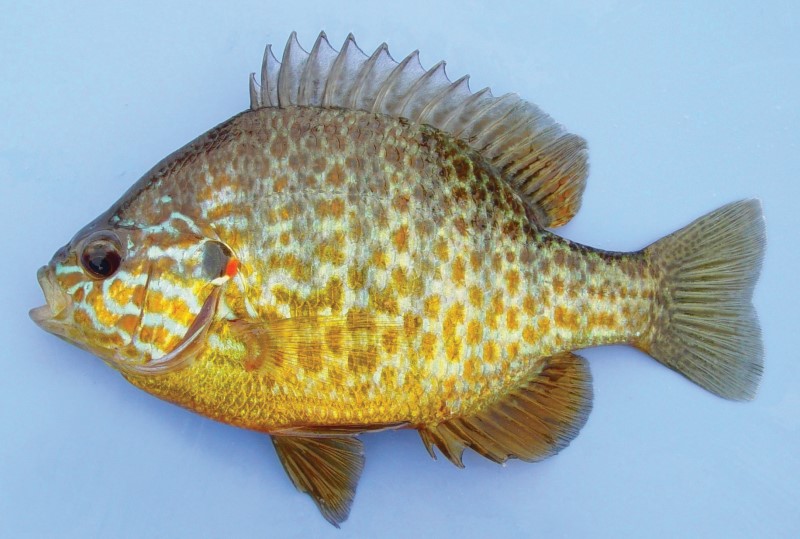 Identification. Deep-bodied. Mouth small, usually not reaching to leading edge of eye. Opercle short and dark with a small red spot near the margin (red spot is small or absent in juveniles). Pectoral fins long and pointed (about equal to head length). Anal spines 3. Underlying pattern is typically olive on the back fading to greenish-orange on the sides and orange to yellow on the belly. Has a series of blue wavy horizontal lines on head. Profuse brown to orange “speckles” on body. May have faint vertical barring. Spawning males become very brightly colored. Juveniles look a lot like bluegills, grayish-blue in color with vertical bars, but usually have a faint red opercular spot and the beginnings of speckling between the bars. 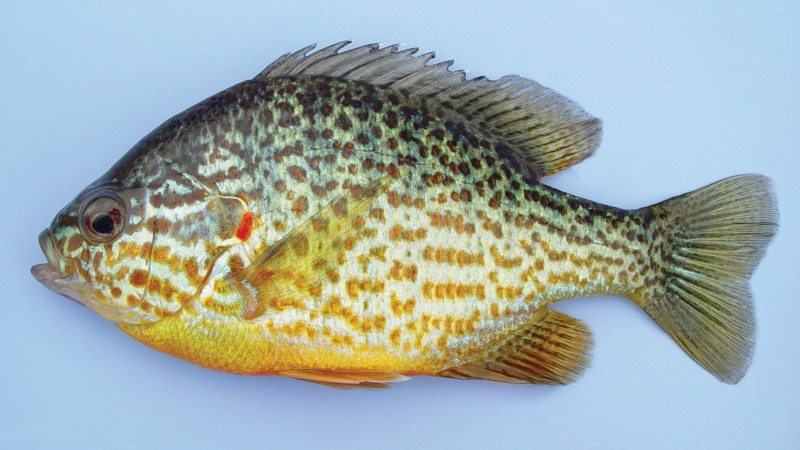 The pumpkinseed is one of the most colorful fishes in Connecticut.

Distribution. Native throughout the North Central and Northeastern United States. Introduced in many other states. Present in almost all of Connecticut’s lakes, ponds and larger streams, where they are typically common to abundant. 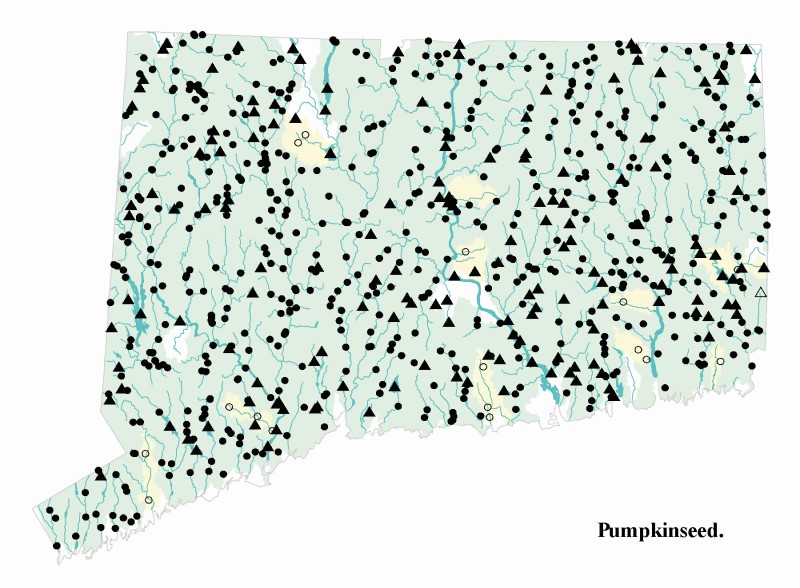 Habits. Prefer moderate to heavy vegetation in still waters of lakes and ponds or slow-moving streams. Require sandy or gravelly shallows to spawn. Pumpkinseed are very easy to keep in home aquariums. They readily accept dried food, but are aggressive toward other fish. 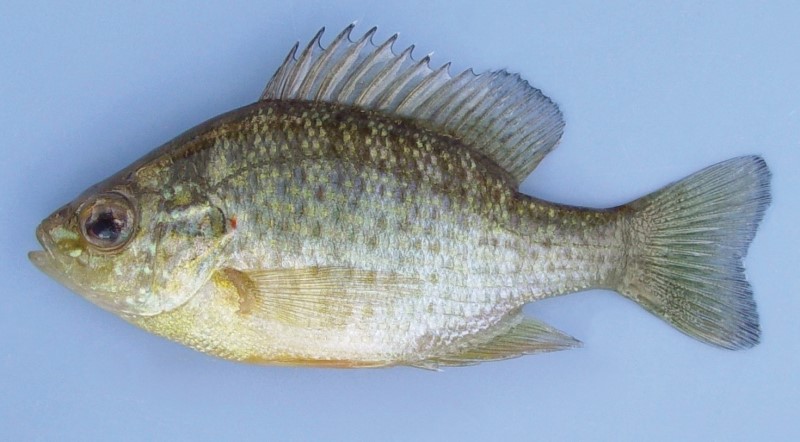 This 2.5-inch juvenile pumpkinseed shows only a hint of red on its "ear" flap.

Comments. Also known as “common sunfish.” One of our most colorful freshwater fishes. Although often abundant, they are typically not as numerous as bluegill where they co-occur. Most large “pumpkinseeds” reported by anglers are probably hybrid crosses between bluegill and pumpkinseed. Pure pumpkinseeds rarely exceed 9 inches. 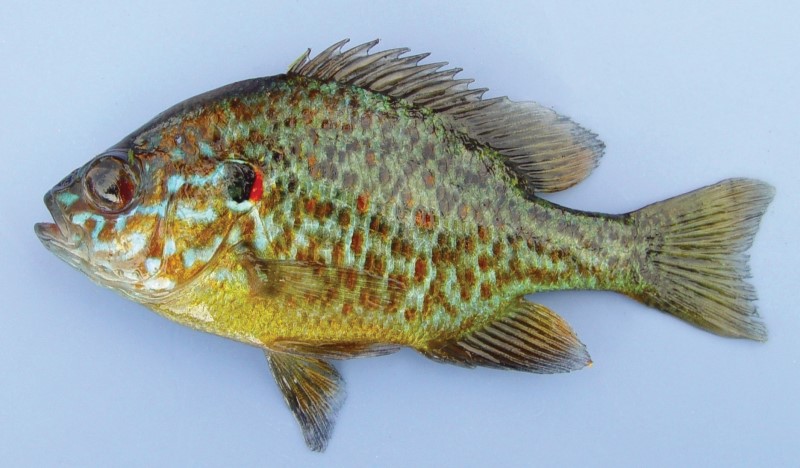 Although only 3 inches long, this stunted, small-pond male pumpkinseed is fully mature.