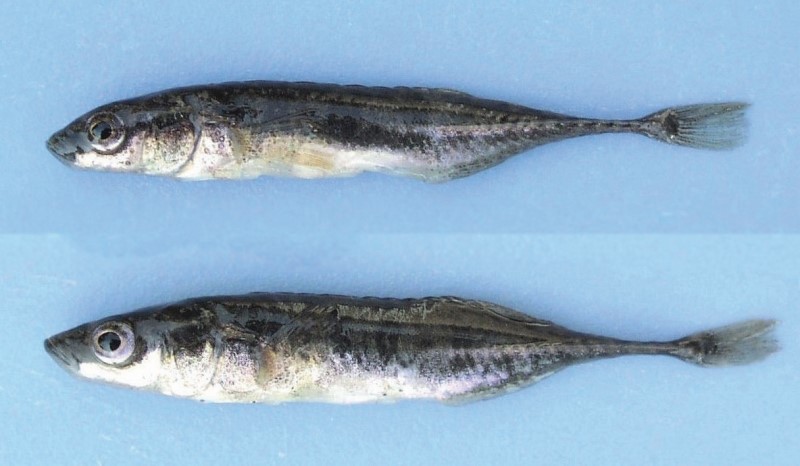 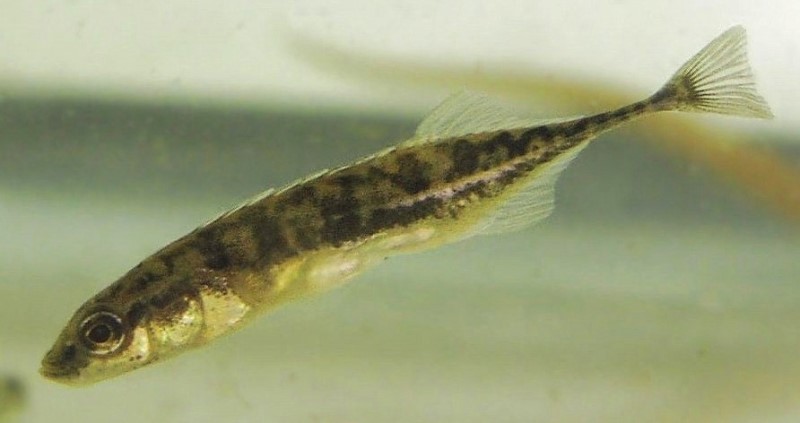 The ninespine has a much more slender body than the other Connecticut sticklebacks.

Distribution. Circumpolar distribution. In North America, they are found through much of Alaska and Canada and in the Northeastern United States from the Great Lakes region to the East Coast, south to New Jersey. Although freshwater populations exist elsewhere within their range, all Connecticut populations are associated with salt water. Marine populations exist all along the state coastline, ranging inland to just above the saltwater influence, where they are rare to common in abundance. 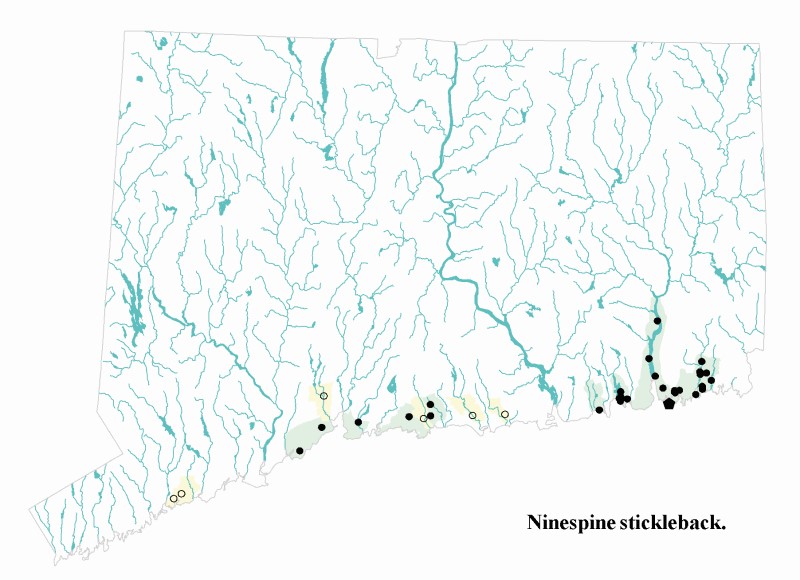 Habits. Prefer vegetated areas of tidal streams and salt marshes. They move upstream into fresh water during late spring/early summer to spawn. Can easily be captured with small-mesh dip net or seine.