Distribution. Widespread over northern North America. Have been found in only one Connecticut stream, the Konkapot River. They are more common in neighboring Western Massachusetts. 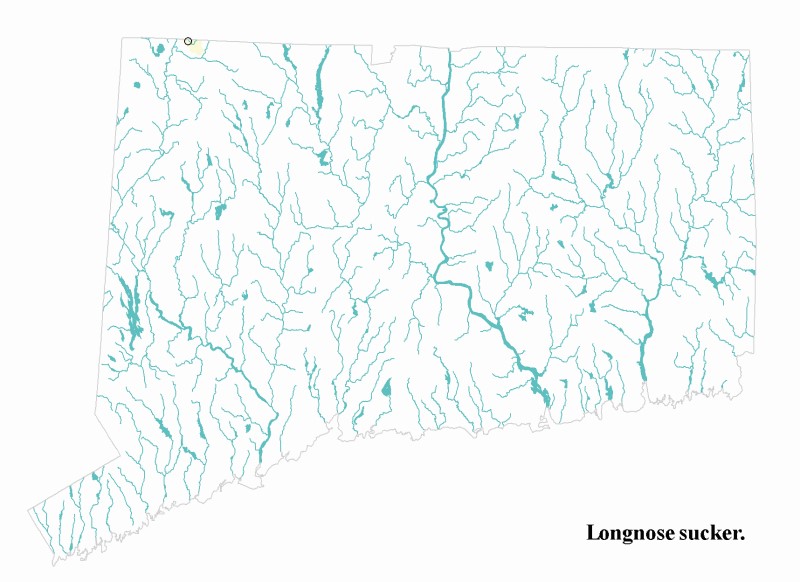 Comments. Recent attempts to find longnose suckers in Connecticut have failed. It is uncertain whether our state ever had any permanent native populations or whether they are merely occasional migrants from Massachusetts. They are listed as a Species of Special Concern in Connecticut.