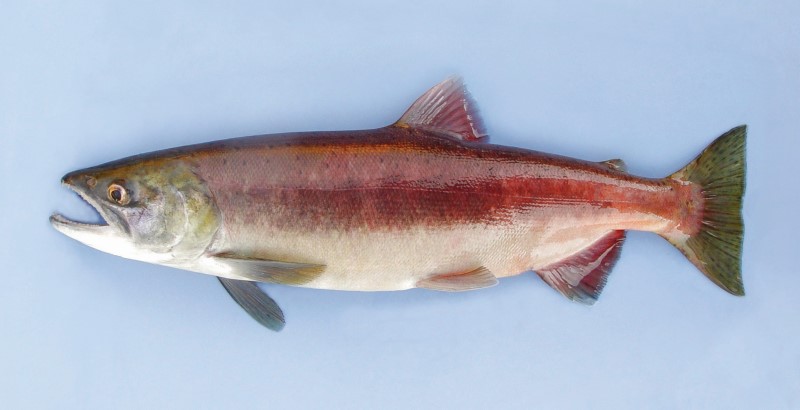 Female kokanee also turn reddish during spawning season, but do not develop a "kype" (hooked jaw).

Distribution. Anadromous sockeye salmon are native to the Northern Pacific from the Bering Sea to California. Natural landlocked populations (kokanee) are found on the West Coast from Oregon north to Alaska. In Connecticut, kokanee were historically stocked into a number of lakes, but only a few populations became established. Only one significant kokanee fishery remains (West Hill Pond, New Hartford). 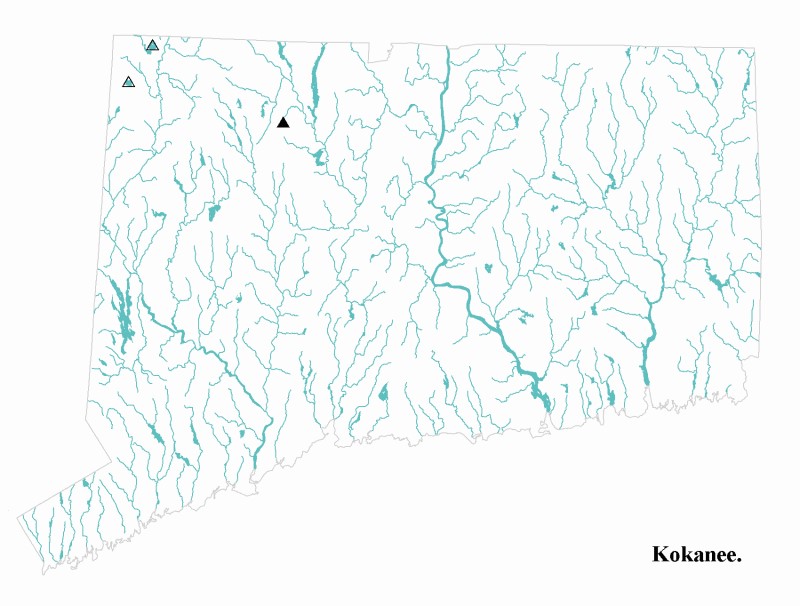 Habits. Kokanee prefer relatively clear lakes with cold, well-oxygenated water. They feed throughout their lives almost exclusively on zooplankton. Adults spawn in the fall, typically at age 2 to 3, on gravelly shoals of lakes and, like most Pacific salmon, die soon after spawning.

Comments. Kokanee populations in Connecticut are dependent on supplemental annual fry (the larval stage) stocking. Spawning adults are captured with trap nets each fall and spawned in a hatchery. Fry produced are then stocked back into the lake. Because kokanee depend on zooplankton for food, they cannot compete with more prolific planktivorous fish, especially alewives. Two popular kokanee fisheries (East Twin and Wononscopomuc Lakes, Salisbury, indicated by open triangles on map) collapsed in the 1990s after alewives were illegally introduced.